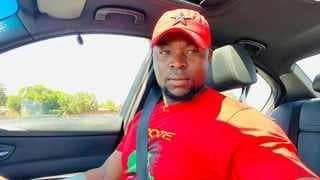 The EFF in Tshwane is grieving the shocking passing of its Ward 77, Olievenhoutbosch, representative director James Khumalo, who was gunned down in his home last Wednesday night.

Subtleties encompassing Khumalo's inconvenient passing were as yet crude yesterday, with the wrongdoing still under SAPS examination.

The police were not promptly accessible to remark on the homicide and regardless of whether the suspects had been captured.

EFF territorial secretary Thapelo Mogale was uninformed with regards to the conceivable rationale behind the killing, saying "the police are researching and that is all we know."

He said the local chiefs planned to visit the home of the expired to communicate their sympathies.

Mogale said he couldn't say whether his life had been under danger and that the police's test would uncover everything.

In a composed assertion, the EFF communicated extraordinary distress with respect to Khumalo's passing.

"The territorial initiative will visit the group of warrior James and all applicable data will be given at the appropriate time. Besides, the local authority will visit the station leader of the Olievenhoutbosch police headquarters to guarantee that the executioners are found and captured," the party said.

Khumalo's killing was accounted for fourteen day's after the demise of an ANC councilor Tshepo Motaung, who competed to be reappointed into the position.

Motaung, a councilor in Mabopane ward 22, was shot with somewhere around 20 projectiles by obscure hired gunmen in what was accepted to be a politically-roused killing.

Police Pastor Bheki Cele said the suspects in Motaung's killing were known and that it was inevitable before they were captured.

More Information about the whereabouts of the Tembisa 10 Emerges:See here/Opinion

People reacts to what AKA said to DJ Zinhle, read here