Members of Salvation Of Christ in Khula Village at Mtubatuba are still in shock after their pastor was shot and killed with countless bullets while he was busy with his work at the pulpit. One member of the church who was reading the bible for him was also shot dead.

It has been reported that Pastor Sicebi Msweli (44) and Nceba Zulu (22) were shot on this incident that left many people in shock. The deceased's pastor's wife Mandisa Msweli who was present when the incident occured stated : 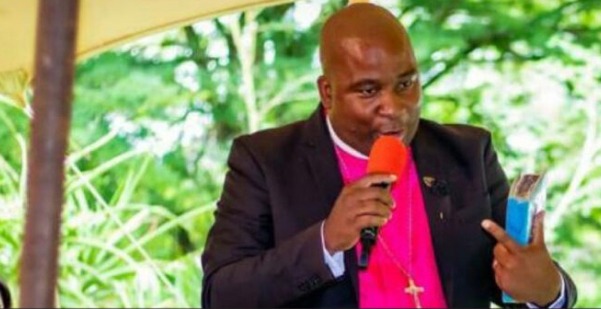 'Three armed men entered the church and said nothing but fired shots at the pastor while he was preaching. As we watched after hearing gunshots, they shot repeatedly at my husband and the other member of the church who was reading the bible. They fled away from the scene as soon as they were done shooting.'

'We have no one to suspect for this, my husband had no enemies plus we are a small congregation that was led by him. There's no dispute happening in church or at work that i know of. All i knew is that everthing was well.' Stated Msweli.

She mentioned that judging by the look of things, it is clear that the killers were aiming at her husband. Reports revealed that Pastor Msweli was rushed to the nearest hospital called Sipho Zungu Clinic and that is where they found out that he has lost his life. Members of the church who refused to be mentioned by name because of how critical the case is said Pastor Msweli was kind and also cared about his work.

They mentioned that his murder is not related to the church, maybe he had other enemies at work because he was the only leader at church and no one was ever against this

Say Goodbye To Diabetes, Stroke, Hypertension, Alzheimer’s, And More By Using These Leaves(RECIPE)

6 days later: "It was a near-death experience" mixer of Jagermeister and Amarula confesses on TL

Zondo fell into a political snare