By Real_Gist-Don (self media writer) | 6 months ago

In the early hours of Thursday morning, police shot and killed a mentally ill man after he savagely murdered his brother with a spear and then charged at a police officer in Umbumbulu, South of Durban. 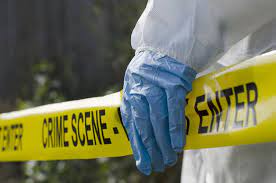 According to Grace Langa of the Independent Police Investigative Directorate (IPID), the 52-year-old mentally unstable KwaMoya, pushed his way into the house where his younger sibling was resting at around 3.25 a.m. "He stabbed his brother seven times in the chest with a spear." He then walked out of the home and into his mudroom, he resisted arrest when police were called to the scene to calm him down. 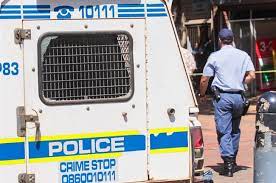 A hostage negotiator was contacted, but he was unsuccessful. Members of the task force were summoned. "With a spear in his hand, the killer emerged from his chamber and advanced towards the negotiator," the police spokesperson said. According to her, a member of the police task team opened fire and shot the victim, who was wounded five times.

Former PSL Soccer Player Who You Don't Know Is A Sangoma

A picture of Cyril Ramaphosa that caused stir on internet

I will never forgive him, Student whose belonging was urinated on by white says #Stellenbosch.

ANC Bigwig's Hand Forced By The Public In R22-Million Expenditure