A KwaMashu woman was allegedly handcuffed and beaten with an electric cord and then doused in boiling water. 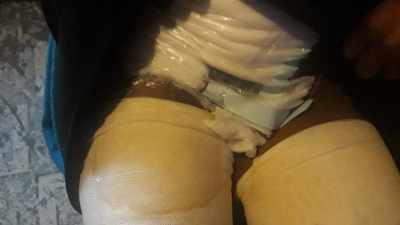 He allegedly attacked his daughter's 14-year-old friend and beat her up.

According to the mother of the victim, Sibongile Dumisa, she was not present when the suspect arrived at her home to assault the child.

Speaking to Solezwe at the Ntuzuma police station where she was to open a case yesterday, Dumisa said she felt it was unsafe for her child because she had helped the woman's child get help to get to the clinic before being taken to hospital.

"My child is being punished for taking the matter to the hospital," said Dumisa.

LINDELWA Ntuli, 14, who was burnt to death by her mother with boiling water Photo: Sent Posted to the source

Dumisa's battered daughter, Snazo Dumisa, said the suspect barged into their house and asked her why she was harassing reporters as they had been calling her incessantly.

“When I tried to answer, he slapped me. I asked him what he was doing, and he repeated it to me. I finally ran away trying to protect myself, and then the neighbors came out, ”said Sinazo.

Sinazo said he did not want to see anything but the suspect's arrest because it was clear that when he was in public the safe were children and friends of the woman's daughter. He said it also hurt him to see his friend suffer.

KwaZulu-Natal police spokesman Captain Nqobile Gwala said Ntuzuma police were still busy with the battered parent taking a statement before deciding on a case against him.