Instead of helping accident victims, robbers pounced and stole on the N2

By LeahWrites (self media writer) | 10 months ago

There was drama and pandemonium along the N2 in Gqeberha after a teen girl was knocked down by a car and a motorist was robbed.

Police spokesperson Captain Sandra Janse van Rensburg said the chaotic chain of events started at about 9.10am when a woman driving a Toyota Land Cruiser knocked down a 15-year-old as he was crossing the N2 towards Bluewater Bay.

“It is alleged that the driver noticed three children approaching the N2 and getting ready to cross the road.

“Two of them did not cross while the 15-year-old stepped into the road and tried to get across [and was knocked over],” Janse van Rensburg said.

“The woman stayed on the scene and the boy was taken to hospital for medical treatment.”

There was no immediate word on his condition. A case of reckless and negligent driving was being investigated, Janse van Rensburg said. 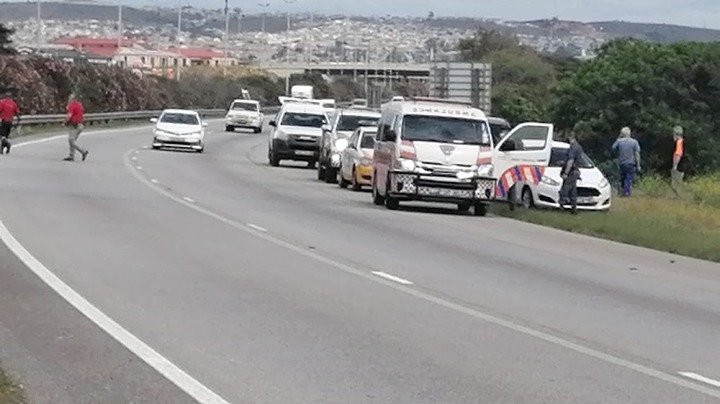 “As a result of the accident, traffic was heavily backed up to the point of standstill. At which point a female motorist, 55, got out of her vehicle, presumably to see what was [causing] the [traffic] hold up.

“She was then approached and assaulted by three suspects, who stole her cellphone.”

Two police officers in an unmarked vehicle stuck in the traffic jam witnessed the robbery, she said.

“The members immediately responded and the suspects fled across to the opposite side of the N2. The police then gave chase on foot. While chasing the suspects, one of the men turned and pointed a firearm at the pursing members.

“The officer responded by firing a shot which wounded the suspect and he collapsed on the side of the highway.”

She said the other two suspects managed to evade arrest. The wounded suspect died on the scene.

Police later discovered that a 9mm firearm found on the deceased was a replica. They also managed to recover the cellphone

Police watchdog Ipid had been informed of the fatal shooting, she said. A case of robbery was also being investigated.

Public Protector: Progress being made in Phala Phala probe