By Yawa_World_Entertainment (self media writer) | 3 months ago 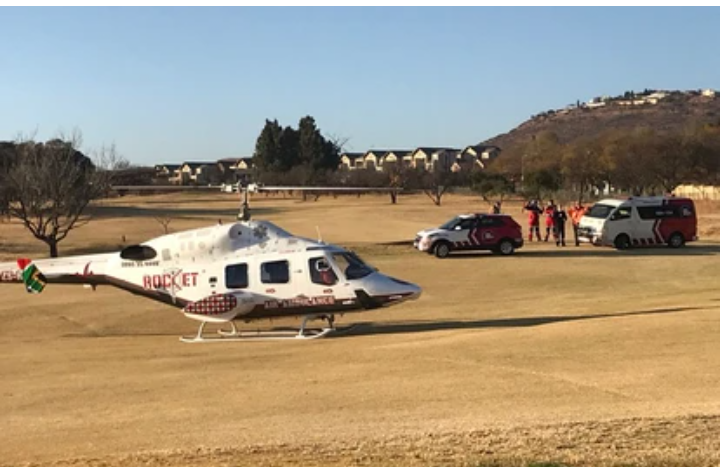 On Friday morning in Roodepoort, two people were killed after being struck and dragged by a vehicle.

As reported by ER24 Emergency Services spokesperson Russel Meiring, paramedics were called to the scene on Hole-in-one avenue in Ruimsigat at 7:29 a.m on Friday morning.

According to the report, “paramedics discovered three people lying by the side of the road, while two light motor cars had been parked nearby.”

He stated that it is believed that a light motor vehicle struck the three pedestrians who were walking on the sidewalk. He did not provide further details.

Another vehicle then collided with one of the injured, pulling them for a few meters.

“Medics examined the victims and discovered that two women had suffered a variety of life-threatening injuries. There was nothing that could be done for them, and they were pronounced dead by another service. One female driver of a light motor vehicle was found with moderate injuries, while the driver of a third male pedestrian had suffered serious injuries.”

Meiring stated that the victims were treated and that advanced life support was given to those who were badly injured.

He went on to say that local authorities were on the scene to conduct additional investigations.