Police is a force consisting of both genders (male and female) they are designed to protect the citizens, they also fight against corruption in the land such as capturing criminals, arresting suspects including crime investigation. Although police officers are more friendly with civilians, but some of them are actually using their power to intimate citizens.

If you can remember the day story of george Floyd who was killed by the Washington police officers who choked him during arrest until he died. Although the police man was arrested and sacked from his military duties, the hole is still in the mind of the family of the victim. May God keep strengthening their hearts.

A video making round on social media has gotten everyone talking, according to the video, you can see two police officers mercilessly beating a civilian in the street of Capetown. This video did not go down well with the people of mzansi and some have shared their thoughts on this inhumane acts. Some said it's police brutality and it should stop while some claimed he may have done something bad to warrant that punishment. 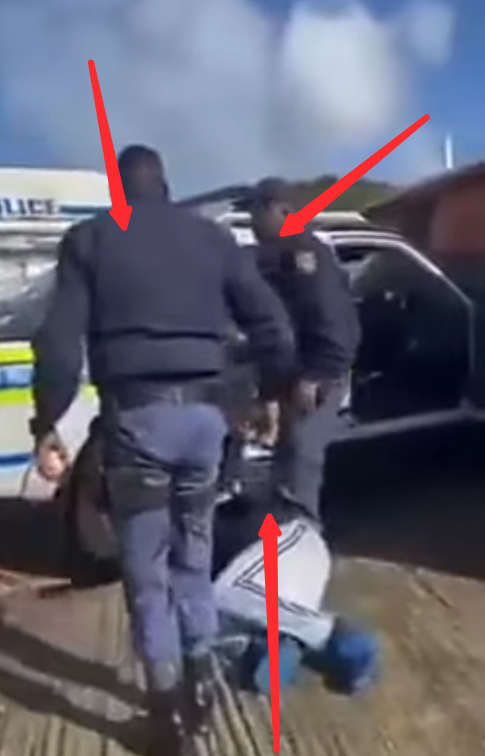 Main looking at today's topic, there's only one thing on your mind and the question is what has the victim done to deserve that public disgrace?

Although what the victim did was not pointed out by the Source but according to the video, the victim said “they are looking for a missing child and he was begging the police to help him they refused, then he tried forcing them before they started beating him”. Hmm, this is a very complicated issue to handle, although we don't know who is right or wrong, but I don't think the police officers should beat him in public it's wrong.