By Dzhubayilutendo (self media writer) | 4 months ago

There are trends on internet about a former security who stole 4 million at mall of africa. It is being said that the former security guard committed the crime had been on the run after allegedly stealing R4 million in 2019. Sowetan live says" she was arrested last week after Gauteng task team for serious and violent crime received a tip-off that she was hiding in Zola, soweto".

It is also said that Bathobile Mhlangeni who is 29 years made her first appearence at Alexandra magistrate court on Friday where she applied for legal aid. After thes her bail hearing was postponed to monday for legal aid attorneys to be appointed for her.

It is stated that Mhlangeni cutter and opened two bulk cash bags and transfered the money into number of refuse bag before placing them in a trolley and walking out of the mall of Africa where she was on duty.

Due to the internet two weeks after Mlangeni executed the audacious in July 2019. She sought refuge in a three roomed RDP in Buhler Park township and near Gemstone under the pre text of been on the run from an abusive boyfriend.

The police eventually tracked her down to her hiding place in soweto last week. 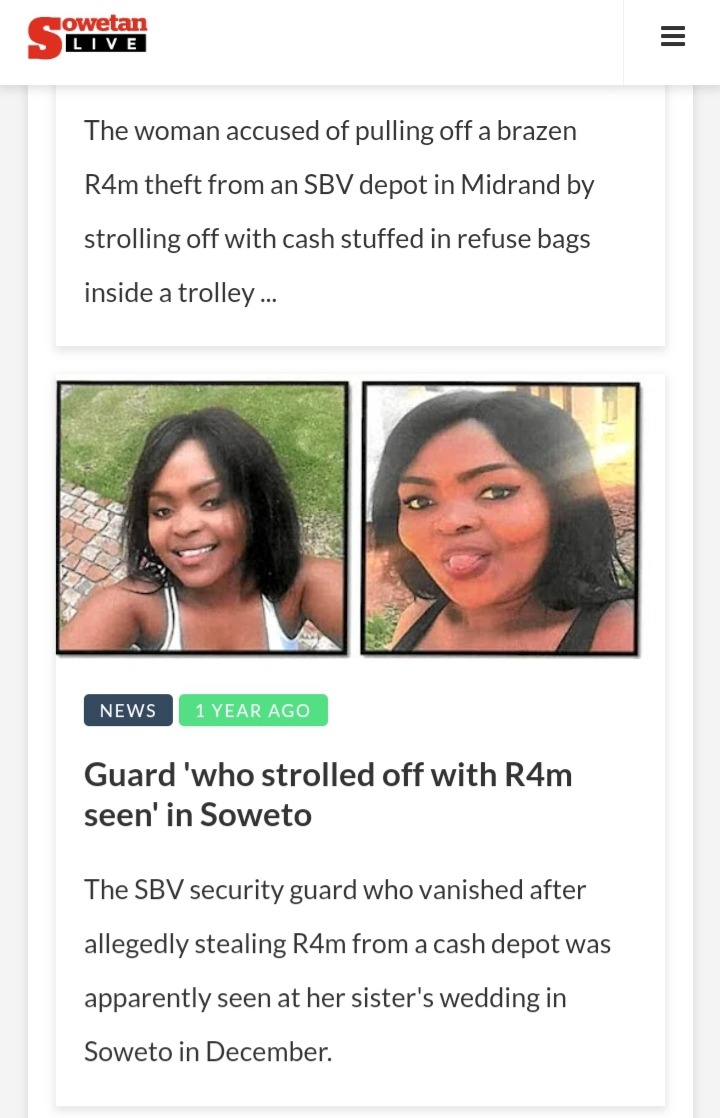 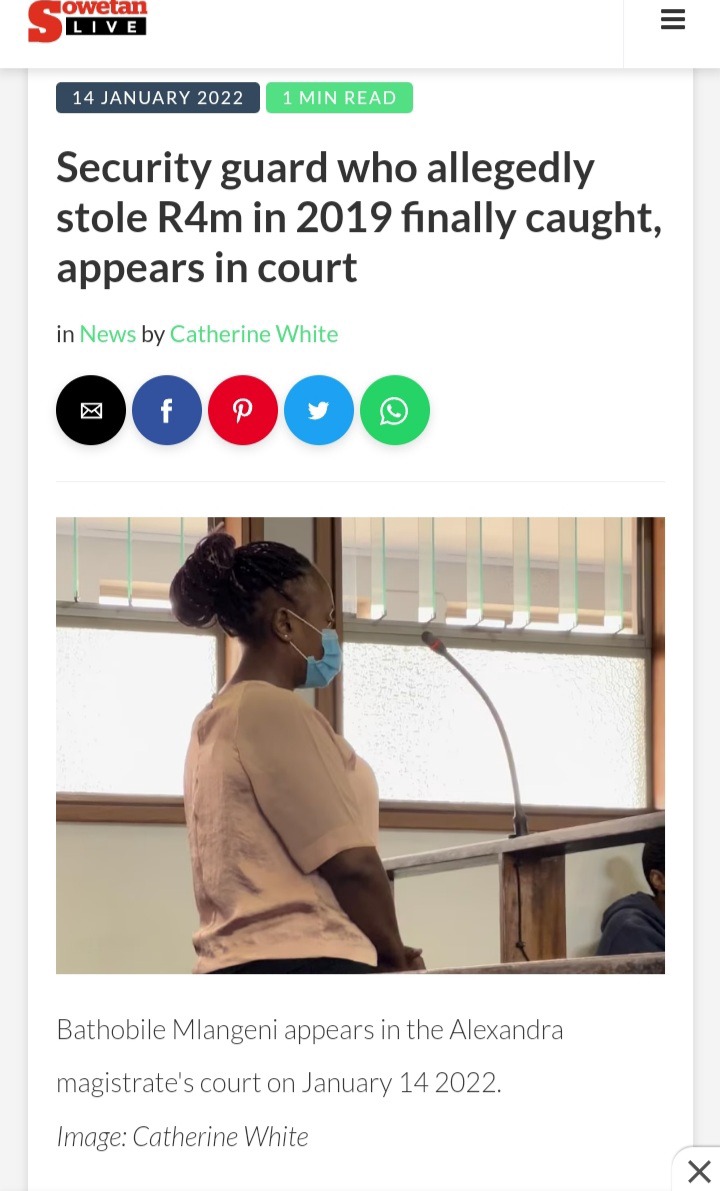 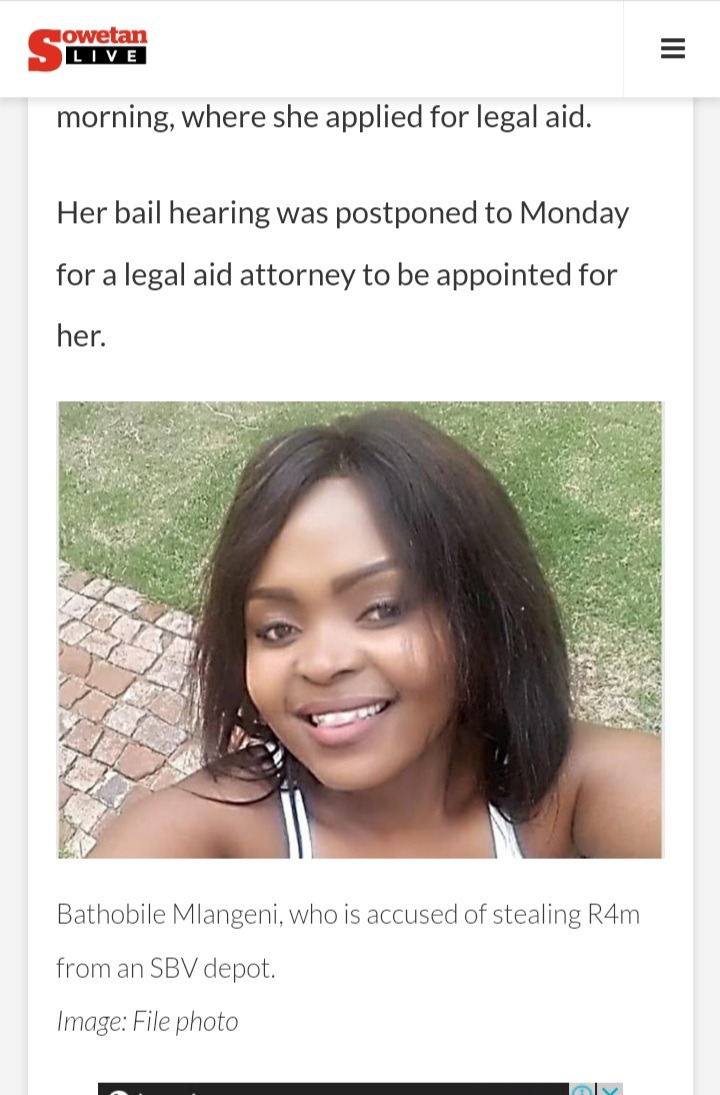 Content created and supplied by: Dzhubayilutendo (via Opera News )

Two people killed in a car clash in Bushbuckridge

Unexpected HE WAS Burnt alive over stolen booze- THIS HAPPENED