Mmusi Maimane, the leader of the South Africa Movement, has urged for a tougher fight against crime after he was robbed in a Cape Town pub. An out-of-town family member joined Maimane at a Claremont tavern on Wednesday night. According to Maimane, three armed men burst into the restaurant shortly after they entered. It wasn't until the waitress inquired whether the three males wanted a table for three that he realized it was a theft, he said. When the bartender refused to hand over cash since the men were armed, the diners were told to shelter under their tables. They then robbed clients of their iPhones, handbags, and other valuables. 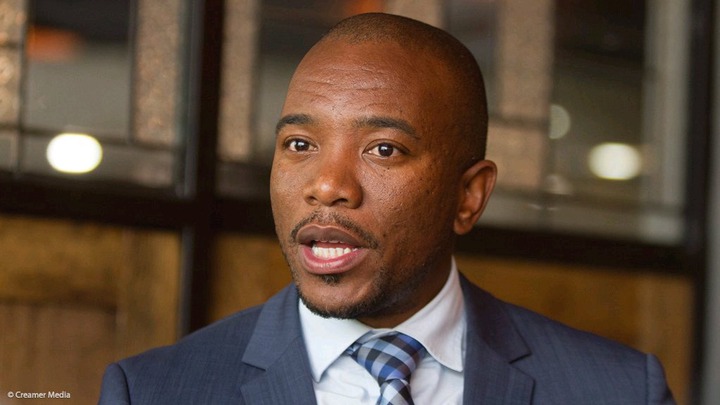 The scene was "like something out of a movie," according to Maimane. One customer described how terrified customers were as they exited the store, saying they were "traumatized beyond words." A heist at a Claremont café is being investigated, according to police spokesman Sergeant Wesley Twigg. The incident occurred at approximately 19:45. "According to reports, armed robbers stormed the restaurant and threatened the manager and his crew. In addition to their cell phones, the suspects fled with an unknown amount of cash. There were no shots fired, and no one was hurt "Twigg made the statement. Despite the fact that security staff had been informed to the crime, the shooters escaped, according to Maimane.

"You ponder the possibilities. In our country, crime has gotten out of hand. I weep and wonder what happened to everyone who was shot in a bar because I can't stop thinking about them. Like us, they perished after partaking in a night of intoxication "He made the declaration. However, Maimane claimed he wasn't sure if any arrests would be made even if police reacted immediately. "I'm not going to give up on solving our case. We must fight for our lives. A well-functioning criminal justice system and a well-functioning police force are both necessary. Rather than terrorizing the entire people, target criminals. Police chiefs and governments that will protect their citizens are just the beginning of a long journey ahead "he went on to say.