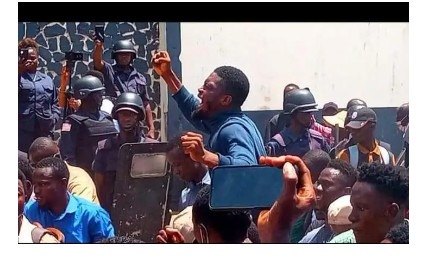 Jethro Harris was arrested because of his Facebook post where he wrote regarding ritualistic murder of his friend, of which that was the violation of South African law of section 17.4 of the revised panel code.

Following his release, Cllr. His lawyer Said that However, he noted that the legal battle surrounding Harris’s allegation is expected to take place Friday, noting that no amount it intimidation will make those who are speaking against ills in the country keep silent.

Jethro Harris was arrested for his Facebook post that talks about about witch hunt which probably happened to his close friend, and his lawyer assured him that he forever be free