The residents of Mganduzweni are all in disbelief after learning of a child's disappearance. Mpumalanga's six-year-old Bontle Mashiyane, who had been missing for more than a month, has been found dead. It was a tragic end to a desperate search. Her maimed body was discovered today in a shallow grave just outside her home, where it had been buried for several days. When she went missing, she was last seen playing with other children outside her house. Her family and the police have been looking for her, but so far they haven't found her. Collen Hlongwane, the man last observed Bontle Mashiyane, is reportedly an exoneree. On parole for two other murders, Hlongwane was arrested. As a result of this, our justice system has been put in the spotlight.

Our children's safety is compromised if they are kidnapped and killed within a few feet of where they are supposed to be playing and feeling safe. Some of us really are the devil. Heartfelt condolences to the child's family; I can only imagine the agony they've been through, and the sleepless nights they'll have to endure for a long time to come. It's time to make changes to the constitution and impose the death penalty for crimes like this. Too much is going on for me to bear right now. Actually, we should reexamine our founding document. These assassins don't give a damn about the rules of the game in this country. No one will hold them accountable for their actions because they know they have the power to kill. An eye for an eye might be helpful. It's imperative that the sangomas in this area be looked into. This has the odor of a muti ceremony. Hillary Gardee was brutally murdered just two weeks prior to Bontle's demise. It was also discovered that her body had been dumped in the woods. A ritual killing, according to EFF leader Julius Malema, appears to be the most likely explanation for Hillary's gruesome injuries.

Immediately following the discovery of Bontle's body, members of the community gathered around to pay tribute.

What's going on in Mpumalanga, South Africa? This must be investigated thoroughly by Bheki Cele's investigation team! 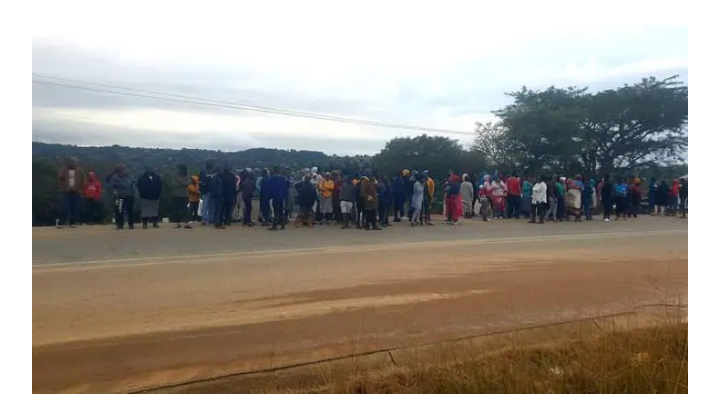 Angel, may you rest in peace.