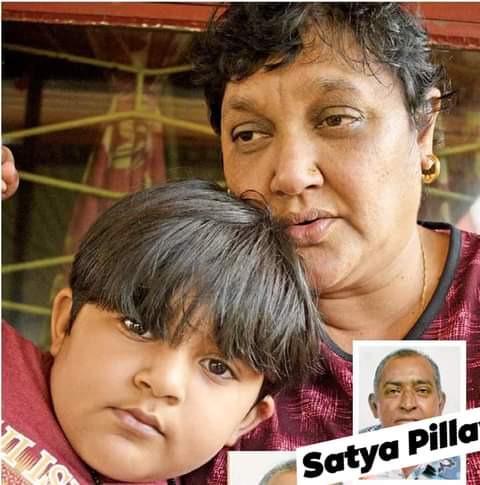 It very sad when the member of the family dies and no answers coming on how the person dies , a very sad news is that a wife of the late Satya Pillay, of Korociriciri Road Nausori, is seeking answers to what had happened to her husband after the discovery of his body on Monday afternoon.

A 60-year-old, who was a taxi driver for more than 35 years, was found dead 10 minutes away from where his taxi was parked in Qiolevu, Sawani on Monday.

According to Police, Mr Pillay was reported missing on Sunday after his family filed a missing person’s report when he did not return home on Sunday.

Mr Pillay’s wife Roslyn Devi, 55, said the last time they had conversed was at 2pm on Sunday where he called to ask her what he should bring home for dinner.

She said her husband left home at 11.30am on Sunday, but failed to return the same day.

“He called me around 2pm to ask me what to bring home for dinner and that was the last time we spoke,” said an emotional Ms Devi.

“I the called again at 6.30pm and his phone was switched off. I tried for another five times, and it was still off.”

She said at around 7.30pm that night she sent her daughter and son to go look for him at the taxi base at Max Value where he operated from, but it was already empty.

“That’s where we lodged a missing person report with the Police.

“At around 1.30pm on Monday we received a call from Police that his taxi was found in Sawani.

“My son and some family members went to the scene and searched around the taxi just to find the body in the bushes about 10 minutes away from where the taxi was found.”

He is survived by his four children and three grandsons.

Police had confirmed that a postmortem would be carried out to determine the cause of death as investigations continue. 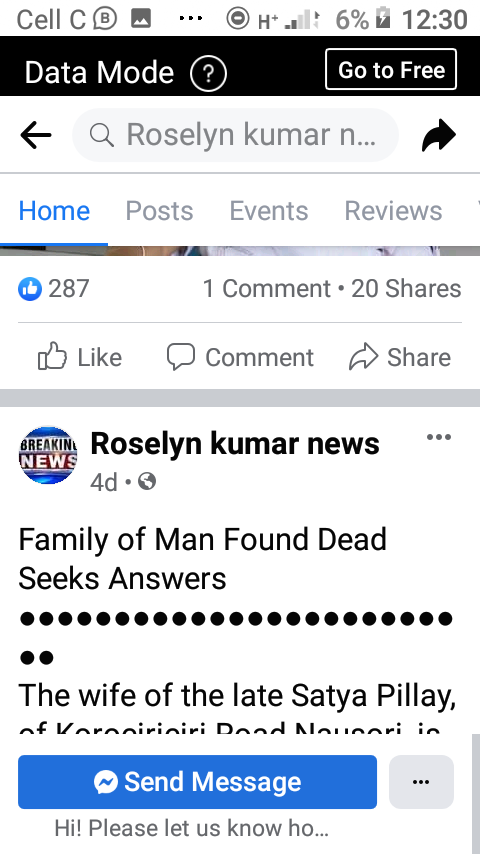