CRUELTY: She was heard horrifically screaming for help inside her boyfriend shack before she died

By TshiamoMbiza (self media writer) | 2 months ago 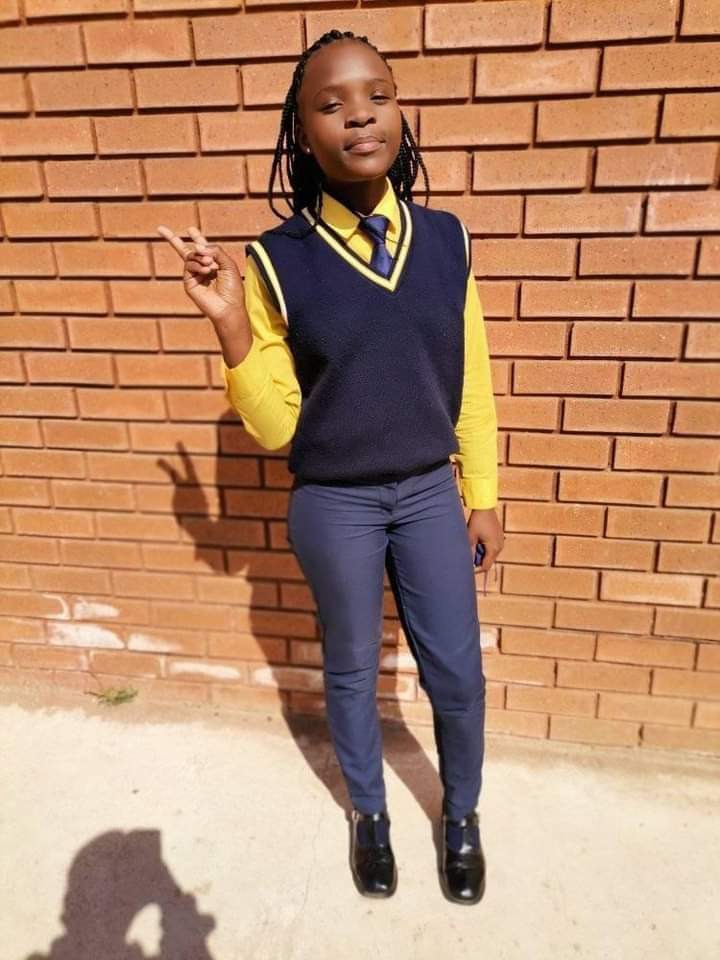 16 year old Gontse Malatji was allegedly brutally stabbed to death by her 22 year old boyfriend Nkateko Masha at his shack in Stinkwater Hammanskraal.

According to the Flyingnewslive news report, a tragic incident of gender based violence involving a 16-year-old and a 22-year-old allegedly occured in Stinkwater Hammanskraal, a 16-year-old high school girl by the name Gontse Malatji(pictured above) was allegedly stabbed 9 times by her 22-year-old boyfriend Nkateko Masha.

According to neighbors, before the tragic death occurred Gontse and Nkateko were heard having a heated argument inside a shack that was locked, moments later she was heard screaming horrifically for help, soon after Gontse Malatji was found dead with 9 stabbed wounds on her body.

22-year-old Nkateko Masha has been arrested and charged with the murder of Gontse Malatji, he will soon make an appearance in court to face the charge, at this stage it has not yet been established what the argument which lead to the killing was about.

Both men and women should leave a relationship when being abused by a partner because things will only escalate from assault to murder, abusers will not change themselves, so do not believe the lies when he/she says it was a mistake or its the last time he/she hit you, leave while it's still early to avoid a tragic ending.

Minister Angie Motshekga was in Gauteng, Birchleigh North to pay her respect to the family.