The late Inspector Monday Orukpe, who was reportedly murdered by a soldier in Ojo, Lagos State, was the subject of a TVC News story. After the sad situation, the authorities made no attempt to contact the couple, and his wife screamed out that they had been abandoned.

The late inspector's wife, Favour Orukpe, told how her husband contacted her after he arrived at work on Wednesday after he went for work. In the afternoon, her husband was supposed to contact them back, but he didn't, she said. She assumed he was preoccupied. She called her spouse around four o'clock in the evening. He didn't pick up when the phone rang. She said that she believed he was still working.

Later, she allegedly phoned back at five o'clock. Before they realized he was dead, she called him repeatedly till 12 o'clock at night after he didn't answer.

The sickly older brother said that his younger sibling was abducted, transported to Lagos' Ojo cantonment, where he was assaulted and imprisoned in a room, and then transferred to the hospital, where he passed out.

He said that there was proof that the people who killed him also took his gun and dumped him at their post. So they can't claim they don't know the individuals responsible for his death. 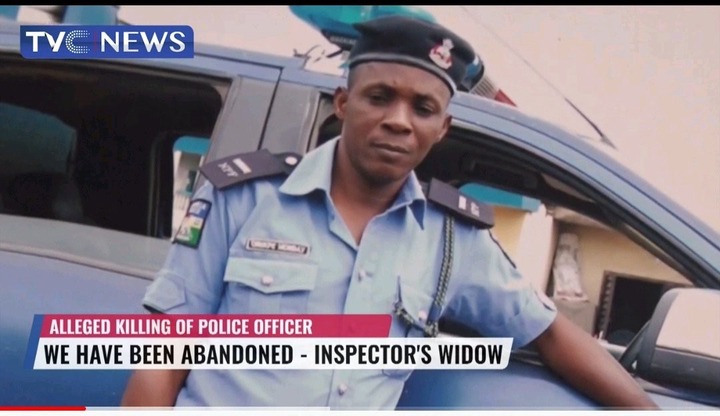 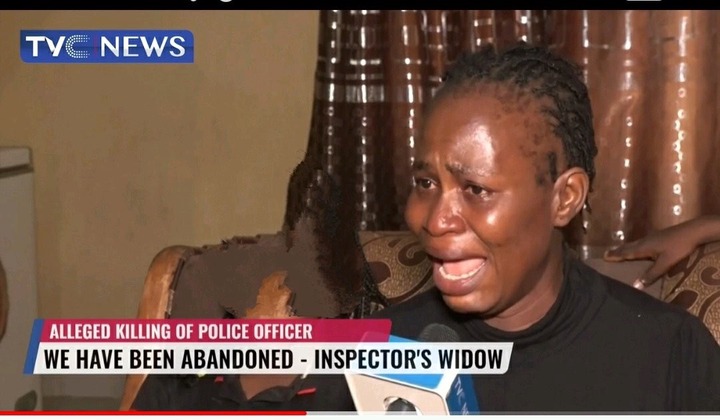 The wife said that up until this point, she had not encountered any individuals, not even those from his office or a call from his station. Her four small children, one of whom is only three months old, and the fact that her husband is the only person she has left made her beg the government to provide her justice. She said that her spouse passed away while performing his job. Why was she left behind?