A 28 Year Old Man Accused Of Murdering His Mother 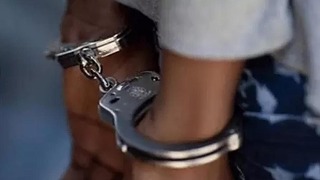 A 28-year-old man is due to appear in Knysna Magistrate's Court for the murder of his mother.

Police arrested the man on Friday after members of the community handed him over to them.

Police worked around the clock after the 59-year-old woman was reported missing on January 10 at the Knysna police station, according to spokesperson Captain Malcolm Pojie. She was last seen alive on January 7, according to reports.

"A search party led by the investigating officer, comprised of specialized units, including the K9 (dog unit) and members of the community, followed, resulting in the discovery of the 59-year-old woman's body the following day, on Tuesday, January 11," Pojie said.

"Her partially decomposed body was discovered in bushes between Alemein and Stroebel streets in Hornlee, Knysna, by a member of the community." An autopsy was performed to determine the cause of death. At this time, such a report is not available, but it will be produced in court as part of the evidence.

He stated that the investigating team's follow-ups resulted in the arrest of the wanted suspect, the woman's son, who is currently detained at the Knysna police station holding cells.

The Western Cape police administration praised the combined efforts and cooperation of the police and community that resulted in the arrest.

"Efforts to protect our most vulnerable, such as women and children, are frequently jeopardized because perpetrators are sometimes those closest to the victims, those who are supposed to shelter, care, and protect them, as in this case," the statement said.

Here's what your horoscope has in store for you