IF ever there is one thing that the African National Congress led government is doing very well, it has to be hurting the viters who put them in power, instead of delivering what they promised, instead money keeps disappearing and service delivery is at its lowest, still they expect the people to put an X behind their candidates so that they can continue doing what they do best, stealing money meant for the poor. 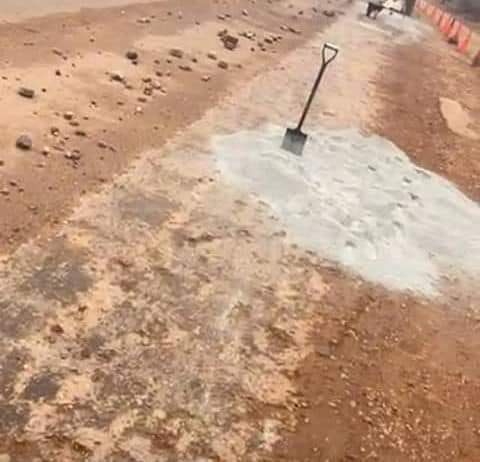 A few weeks ago, South Africans were shocked when the pictures of a multi-million stadium that was opened in the Enock Mgijimi Local Municipality emerged through social media, people were shocked, they needed answers because the stadium doesn’t look like it even costs millions.

A video has emerged on social media where it is alleged that the project is the construction of a R40 million road between Ngove and Nkomo villages, it was reportedly launched earlier this year by the MEC of Public Works and Infrustructure Dickson Masemola, but the only things which you can see at the site is one spade and one wheelbarrow with a cement inside.

People from that area are not happy about the R40 Million asphalt road is constructed with a wheelbarrow between the villages of Ngove and Nkomo and they are questioning why is it that the government still expect them to vote when the only thing they are seeing is the disappearance of the funds.

A video has gone viral on social media where a disappointed resident is explaining that the supposed R40 million rands is being constructed, but the visuals doesn't show any road construction machinery, but only a wheelbarrow and a spade.

"They are consteucting the road, this is a R40 million worth of road, soon they will be expecting us to vote for the ANC, the EFF or the DA, we have no idea who is constructing this road, whether it is the ANC, EFF or DA, but whoever this is, they are taking us for for fools," the man said on a video that has gone viral on social media. 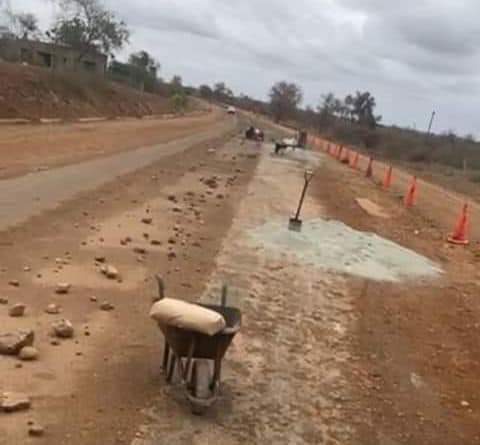 It is becoming a norm for the government to approve the budget but the money just disappears with nothing to show.