A woman is currently searching for the key to her pricey Ferrari after it was misplaced amid the hubbub in Moreleta Park following a recent brawl outside two well-known Pretoria nightclubs. Last week, Johnny Rockett, a friend of the woman, tweeted an image of a Ferarri FF key on social media with the promise of an R5,000 reward for its safe return. The Ferarri FF is said to be worth R10 million. Rockett estimated that replacing the key, which vanished during a "little incident" at Jack Friday's last Sunday, would cost at least R120,000. He refused to give the car's owner's identification away. 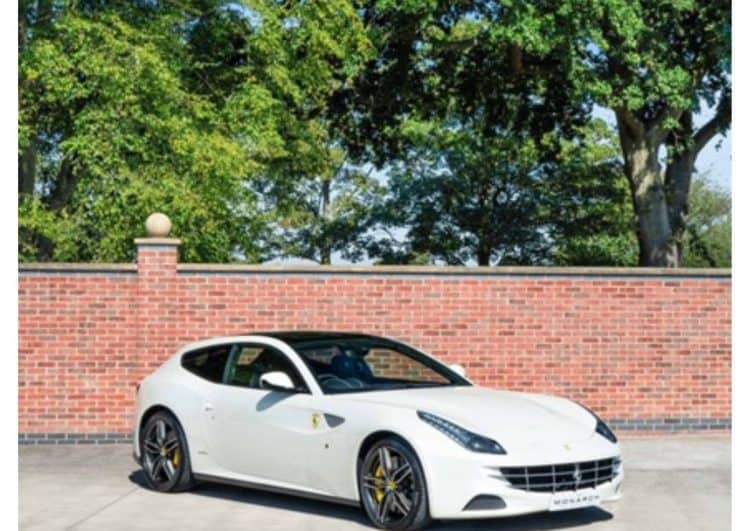 Allen Nyamupachitu, a co-owner of Jack Friday's, said that two ladies had gotten into a fight in their restaurant on Sunday. "Our personnel was able to calm the situation down." He said that during the early hours of Monday morning, the situation spilled out onto the parking lot. The keys were reportedly lost during a subsequent dispute between the same parties. The woman who owned the vehicle contacted them, according to Jean Buys, a co-owner of Rock88 Bar and Braai, which is next door to Jack Friday's, to see their CCTV video of the event.

"We watched the video, and there are no signs of keys falling to the ground. We thoroughly checked the entire lot, including the gutters. He said that the white Ferrari had to be pulled away after being placed onto a flatbed. "The owner of the car asked whether she may post fliers offering a prize for returning her keys; we had no issue with that."

There isn't a spare key for the car, according to Rockett. "The issue is that the spare key costs an additional R39,000 when you order the automobile." Although not many drivers of these cars have a spare key, these cars are often stored at garages or showrooms. The processing of the woman's claim is anticipated to come with a high insurance fee.

You Will Never Use A Fan In Your Bedroom After Reading This.