Rachael David, a Nigerian woman, has described how a gang of ritualists abducted her and took her to an unknown place, where they attempted to kill her when she walked out to purchase something in the evening. Rachael is a resident of Port Harcourt, Rivers State, according to sources

Rachael claimed that she had gone out for an errand on Thursday evening when she was recounting her experience. As soon as she finished her business, she began her journey back home, but before she could get there, a motorist pulled over and asked for directions to Bitter Leaf Junction, which is located within the municipal limits of Port Harcourt. She attempted to convey the situation to him, but he requested her to go closer to his car since he couldn't hear her well enough to understand. 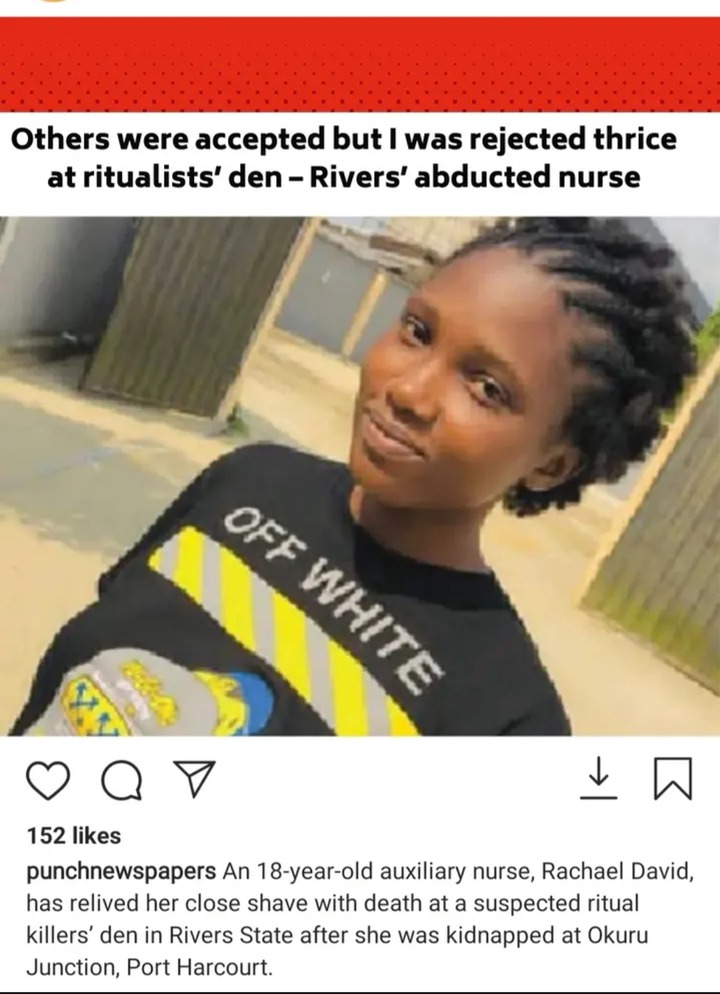 When Rachael said that after getting out of the automobile, she had no idea what had occurred next because she had awoken in an unfamiliar area with her wrists bound and her eyes closed with a piece of cloth, she expressed her confusion. She came into several other people at the location, and they were all wearing blindfolds, exactly like her. She subsequently realised that she was in the hands of ritualists when the persons she met were called one by one and all of them were welcomed by the gang's leadership. However, when it came time for her to be released, the guy requested that her kidnappers return her since he would not accept her. 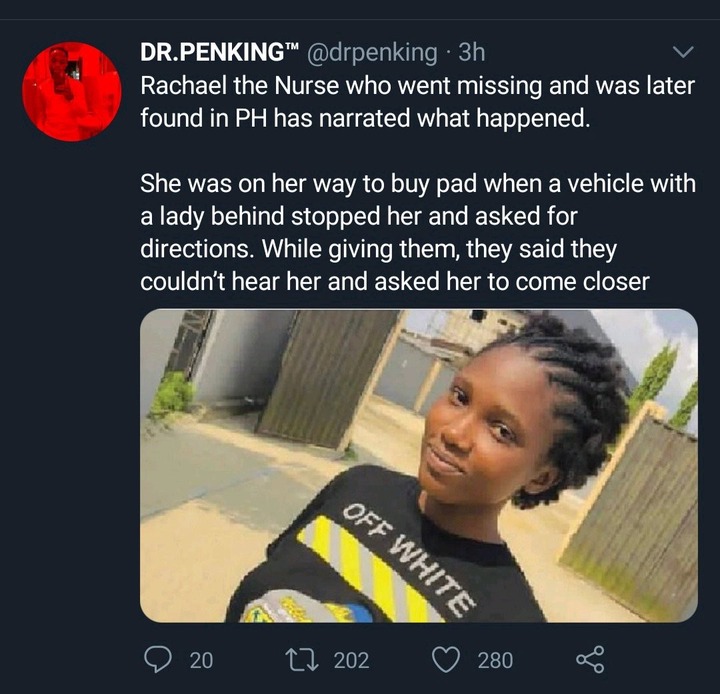 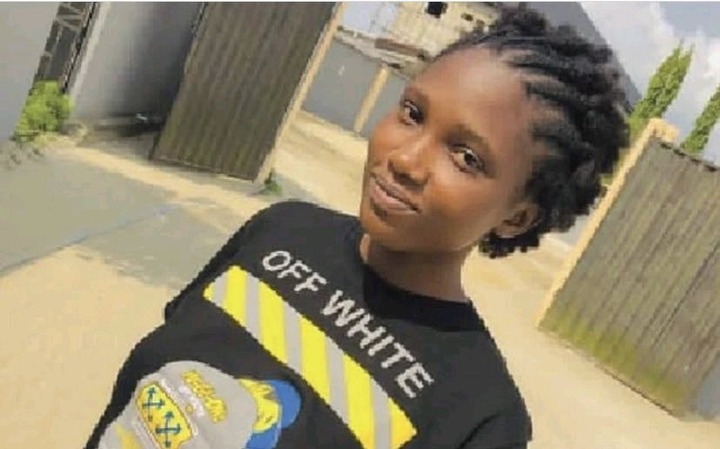 On Friday morning, she was escorted to another location where ritualists congregated, but she was turned away once more. She was taken to another ritualist leader, who questioned them as to why they kept bringing her back after telling them that he didn't require her services any longer. And so they eventually arrived at Okuru Junction and dropped her off.