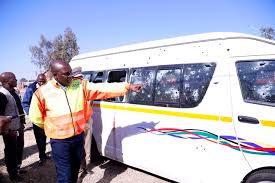 The police said that that there's a foul play about the whole incident, the investigation of the crime is still ongoing at the moment and the police are going everything they can to find the suspects.

The suspects were driving a white Kia Sorento and a black Mercedes-Benz as was described by the driver of the minibus, he also mentioned that the suspect took off via the R37 road and they are fully armed and dangerous.

The seven men were dressed in overalls and they did not ask anything ,they just opened fire and grabbed the kids out of the car on their way to school. The 64-year-old is alive and well . 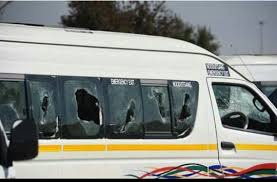 Life after giving birth to a beautiful child