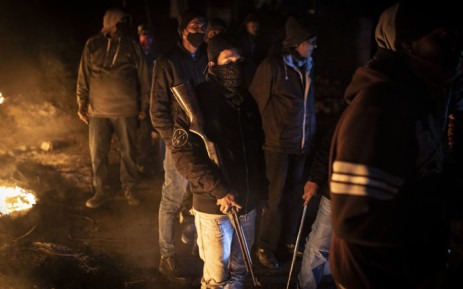 JOHANNESBURG - Barricades that were raised in Phoenix in KwaZulu-Natal were the focal point of common Police Commissioner General Nhlanhla Mkhwanazi's declaration on Wednesday at the investigation into the July unrest.

The hearings, which are investigating the savagery that flooded in KwaZulu-Natal and Gauteng, are being led by the South African Human Rights Commission (SAHRC).

More than thirty individuals lost their lives in Phoenix alone, and it wasn't well before cases of racial profiling in the Durban town surfaced.

Mkhwanazi was tested with regards to subtleties identifying with these events.

"What did the police do in that police headquarters to forestall that blockade? It's a basic inquiry," asked the request's proof leader.

"They didn't do anything sir," reacted Mkhwanazi.

The common police official said that nobody could introduce proof that officials watched on as Phoenix occupants went rogue in light of the fact that the police were not there when the violations, including attacks and murders, were committed.

"There's no proof brought to me that says that when this blockade was raised, there was this watch van that was standing and watching," Mkhwanazi said.

It's been guaranteed that in a bid to ensure their properties some Phoenix inhabitants unlawfully raised blockades, some on the doorstep of the neighborhood police headquarters, to keep individuals out of their neighbourhoods.

Mkhwanazi, who became shifty when posed designated inquiries, rather contended that more ought to be done to research what roused individuals to plunder and engage in crime.

He said that the police alone would not have the option to address social ills tormenting networks, repeating the feelings of Social Development Minister Lindiwe Zulu.

She, as well, let the request know that neediness and imbalance were a few factors that added to the agitation and that this should have been tended to.

2 Malawian cable thieves arrested in Mpumalanga by the police