Police Response To Looting Was ‘lazy’ And Influenced By Class: Phumzile Van Damme

By JohnnyAde1 (self media writer) | 5 months ago 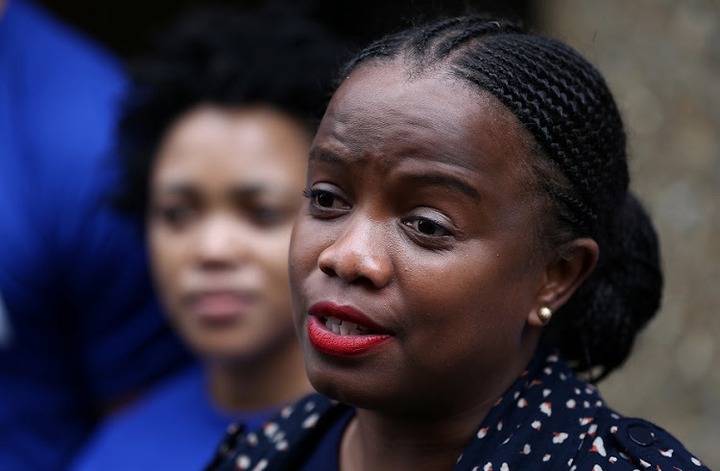 Previous DA MP Phumzile Van Damme is the most recent to say something regarding the reaction by the police to the distress and plundering in KwaZulu-Natal and Gauteng recently, saying it was "languid" and affected by class.

In a long online media post at the end of the week, Van Damme shared her musings on what race and class purportedly meant for their reaction to the plundering, obliteration of property and passings.

"The plundering and savagery was for the most part packed in municipalities and spilled into regions encompassing those. The police reaction was apathetic. I have really focused whether this was sheer [incompetence] or an inner mind predisposition was impacting everything. I arrived at the resolution, yes," said Van Damme.

She said had the viciousness and plundering occurred in rural areas and shopping centers like Sandton City, the reaction by police would have been unique.

As per Van Damme, the police would have not been "laid back" if center and high society areas were focused on.

"It is profoundly difficult, and to me, gives a solution to my disarray and bewilderment at what occurred. I was troubled and thought it out completely. This is a second that requires profound thoughtfulness from SA. One that requires force in pushing for shutting the disparity hole," said Van Damme.

She said the occasions were a second for some to inspect their psyche predisposition and not hide things where no one will think to look.

"Past the public authority's inadequacy, at a social level SA has some hard inquiries to pose to itself. We are exceptionally tense and nerves are frayed. The individuals who flourish with division and bedlam, don't be controlled. That must be kept away from in the event that you would some work on yourself and your care."

As per the National Joint Operational and Intelligence Structure (Natjoints), in excess of 3,400 individuals have been captured since brutality and plundering emitted in the two areas.

The revolting has asserted 337 lives, with 79 passings revealed in Gauteng and 258 in KZN.

While tending to the country on Sunday, President Cyril Ramaphosa said more captures will be made.

"Examinations concerning the savagery and those behind it are proceeding, driven by our particular law authorization units, with a view to expedient captures and powerful indictments," he said.

"Uncommon measures have been set up to deal with the enormous number of suspects who have been captured for offenses identified with the distress.

"There will be further captures, especially of the individuals who conceptualized, arranged and executed these activities that have prompted such a lot of annihilation and death toll."