Child kills parents, she explains how she did it

By Xīnwén (self media writer) | 8 months ago 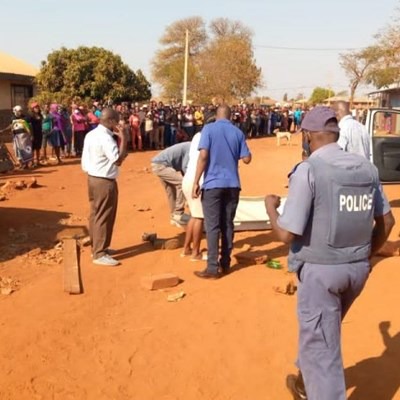 The country was left surprised they saw this headline in the papers. A 20 year old daughter allegedly hired hit men to kill her parents and siblings on Tuesday 6th of December back in 2016. The bizarre crime was committed in Mmakau village and the child has recently been arrested by police. She is expected to make an appearance in the Brits Magistrates' Court on Monday the 20th December of 2021 and faces a heavy charge of five counts of murder.

The accused will not appear alone in court, she will be present with her co-conspirator who are two alleged hit men she hired. The two hit man were apprehended in Brits and Soshanguve respectively on Friday, 17th and Saturday the 18th of December 2021.

The arrest came after the daughter went to Mmakau Police Station and planning and killing her family members. The initial report of the time of the incident on Tuesday 6th December 2016 said, the then 16-year-old daughter went outside to dispose of the water she had been using to wash dishes. While she was still outside, she heard gunshots inside the house. When she went back to investigate, the suspects allegedly shot her on the thigh and escaped the scene with their family car; Chrysler Voyager.

The daughter then sort help from neighbors who in turn informed the police. On Arrival, the police found the dead bodies of the Father who was 42 and also a police officer, they also found his wife who was 40 at the time, her 18-year-old pregnant daughter and a 6 year old boy lying in a pool of blood.

The daughter who is the main accused and the two hit men both aged 23, are facing five counts of murder and armed robbery.