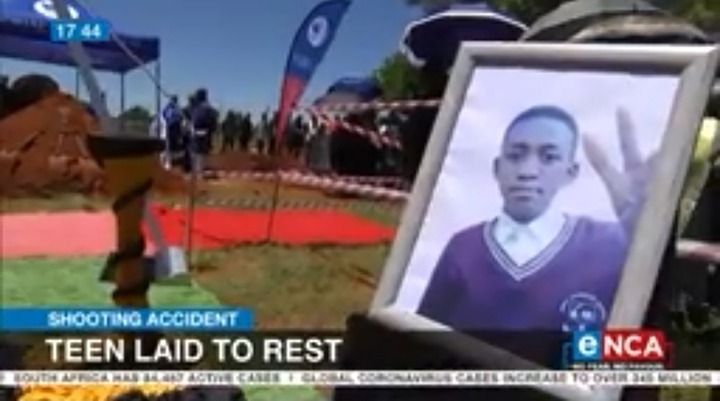 Njabulo Ndhlebe, a fifteen-year-old teenager who died on January 12, 2021, was finally put to rest on Friday. When he was toying with the rifle, his best friend accidently shot him.

Click on the link below and wait to the end to witness what Njabulo's mother did when the casket containing her son's body was lowered into his grave.

As the casket was being lowered, Njabulo's mother looked on ( with a hat )

In the video above, the brave mother made a peace sign in memory of her son. Many people said that it was his favorite symbol.

When the tragedy occurred, Zuko Majola was supposedly playing with his late grandfather's rifle. In his fear, the young guy determined to end his life. As the 15-year-old was laid to rest, it was regarded as a heartbreaking day. On Friday, the late Njabulo's mother apparently found the guts to speak to the media for the first time. 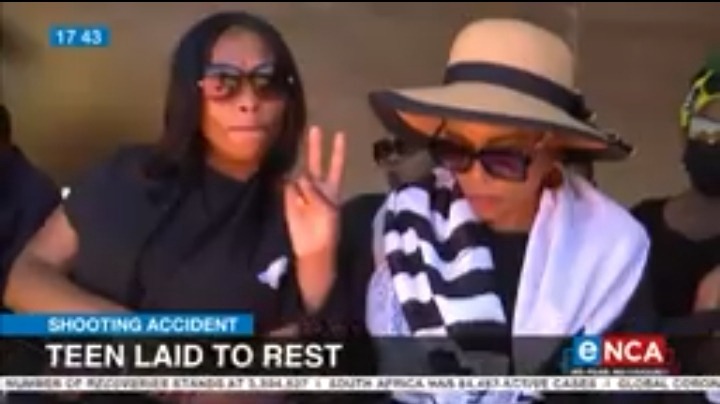 When asked where she found the guts to talk to the media, the mother, known as Zami Ndhlebe, indicated that her God wanted to tell something about South Africa. She stated that she had no idea what message God was attempting to convey. Zami went on to say that God had told her not to examine what had transpired. When she was asked to share any dreams she had about her son, she replied she had been told not to question what had happened.

She did, however, express how difficult it was to learn that her son had died. Zami stated that when she went to the location where her son died, she just felt a surge of courage within her and had no idea what was going on. May his spirit find peace.