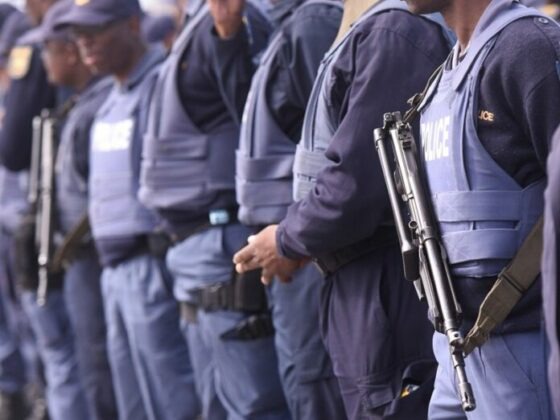 Following the discovery of 158 firearms at the police station, three police officers were arrested at the Norwood police station in Johannesburg.

A recent study confirmed that the SAPS '13-storey room at the station had been abandoned, as reported last year.

This room known as the "13 store" is a firearm and many police stations have it and these guns are reserved for police use.

The investigation began last year at the Norwood police station after the station was broken into, and a firearm used by a criminal that day was linked to the police station.

Shortly after the Hawks launched their investigation into the incident, the manager of the Norwood 13 store committed suicide which led to an audit of the station.

The Hawks' ballistics unit visited the station late last year where it conducted the study. They shot all the station guns at the water-filled pipe, and then used slugs to match bullets and guns. This program determines whether any other firearms have ever been used in a crime.

Checks and balances are intended to be completed by senior officials to ensure that all exits and exits in the room are accounted for.

According to the eNCA, three senior police officers were reportedly involved in the theft of the firearms, and were charged following a final investigation.

The arrested officers will be charged with fraud.

Just In: Fikile Mbalula breaks silence. He has released an official statement. See all here

According to Barry, what is happening to Zahara should serve as a lesson to celebrities, read more