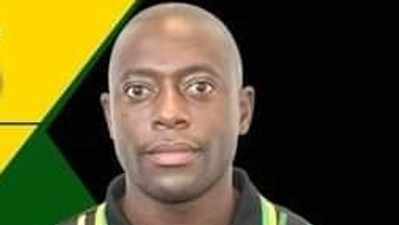 EThekwini Municipality councilor Minenhle Mkhize, 39, is still embroiled in controversy over the shooting death of a eThekwini municipal councilor.

Mkhize, a former Ward 103 councilor, was shot dead on Saturday night at his home in Cliffdale.

Mkhize was also the ANC's chairperson in the area.

The family, the municipality and the ANC said they were still confused about what could have led to Mkhize's death.

They said there was no indication that Mkhize's life was in danger.

His uncle, Phumlani Mthimkhulu, said they never thought anyone would want to kill Mkhize.

“We once talked about his safety. He said not to worry because he had no enemies. We already knew him without enemies.

“He was a man of peace and tranquility. He was not angry and believed that there should be consultation if there were problems. Unbelieving the use of force. ”

Mthimkhulu said Mkhize had grown to love the ANC.

“She grew up in the ANC. In 1985 we accompanied him on a protest march. He was very young then. ”

The eThekwini Municipality said it was shocked by Mkhize's killing.

This is the first time Mkhize has been a councilor.

The speaker of the council, Thabani Nyawose, said they hoped Mkhize would make a difference in the council.

Nyawose said there was no indication that Mkhize's life was in danger.

“In the council there are eight councilors who have applied for surveillance, because they feel unsafe. Mkhize was not part of those councilors because of you but there was no indication that his life was in danger. He has never been threatened. ”

Nyawose said many councilors in the council were living in fear.

“The job of being a councilor is hard work. She lives in shock. Councilors are being intimidated and attacked. ”

He said the problem was not limited to ANC councilors.

"Councilors from other parties also come to report the problems they are facing."

“What scares us the most is that there was no sign of any noise in the area. There was no indication that people were happy with his choice.

“During the election campaign, there was no unrest in the area. It is therefore difficult to determine the cause of his death. ”

He said they were concerned about the non-arrest of suspects in the assassination of ANC leaders.