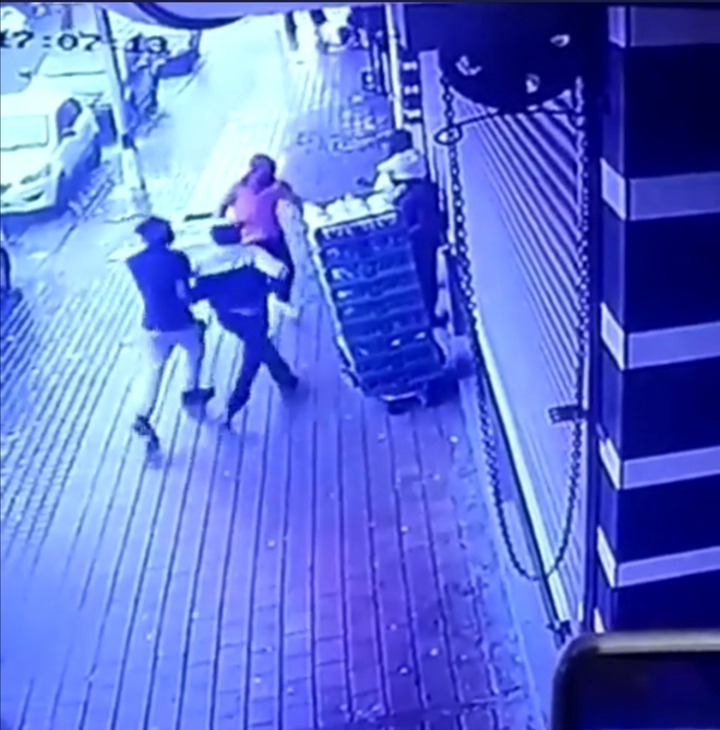 Two men shot and injured a man for allegedly refusing to hand up his smartphone.

The event took place in the Johannesburg CBD on the corner of President and Goud streets, according to anti-crime activist Yusuf Abramjee, who shared the video on Twitter. The area is known for muggings and is considered a crime hotspot.

In the video, the would-be robbers are seen pouncing on the man and attempting to take what appears to be a cellphone from him, but he never surrenders. One of the robbers fires a shot at him, and the victim falls to the ground.

After that, the suspects walk away, and the video ends. It's unclear where the man was shot, but it didn't appear to be near any essential organs. So we're hoping he'll be all right.

Many people, including those who commented on the video, are well aware of the extent of crime in the JHB CBD. One Twitter user blamed the shooting on foreign nationals, while another criticized the fact that law enforcement officials were not deployed in the area to prevent such crimes.

“@JoburgMPD @SAPoliceService why don’t send new recruits to this areas knowing full well how dangerous they (are) your presence alone stops nonsense like this. Focus your energy on this rough street than hunting down foreigners,” they said.

One expressed sympathy for the shooting victim and urged anyone with information on the suspects to come forward.

“Looking at the footage I wonder whether the CRIME victim survived the shooting.How I wish those who know the perpetrators can come forward and assist with the arrest.This could happen to anyone at any moment. if anyone knows these guys, help us to get them arrested,” they said.