Top 10 Most Dangerous Gangs in the World 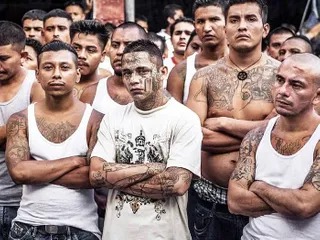 The Aryan Brotherhood is a neo-Nazi prison gang and organized crime syndicate based in the United States, with an estimated 15,000–20,000 members inside and outside of prisons.

It is one of the oldest and most feared prison gangs in the US.

The Aryan Brotherhood accounts for a very small percentage of the US prison population, yet it is responsible for a disproportionately significant number of prison killings, according to the FBI. 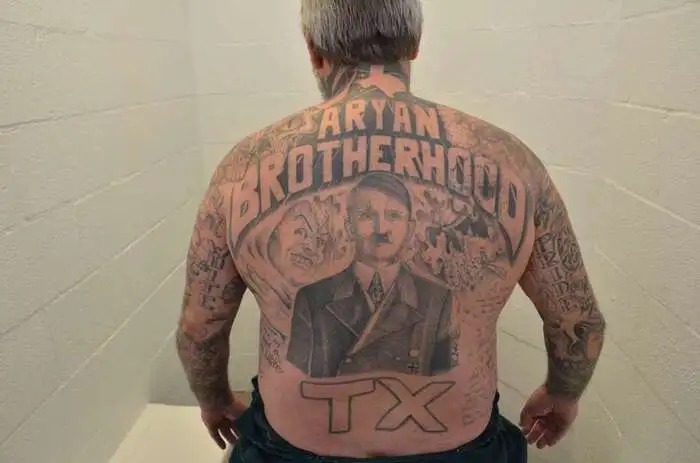 The 14k is a triad located in Hong Kong that is active worldwide. With roughly 25,000 members divided into thirty subgroups, it is the world’s second-largest Triad group. They have an extremely deadly rivalry with the Sun Yee On, the world’s largest Triad, making 14K the world’s second-largest Triad branch. The 14K is in charge of large-scale drug trafficking all over the world, with the majority of heroin and opium coming from China or Southeast Asia. Their main source of income is illicit gambling, but they are also involved in loan sharking, money laundering, homicide, arms trafficking, prostitution, human trafficking, extortion, counterfeiting, and, to a lesser level, home invasion robberies. From Southern China and Southeast Asia to the United States and Europe, their criminal empire has spread. 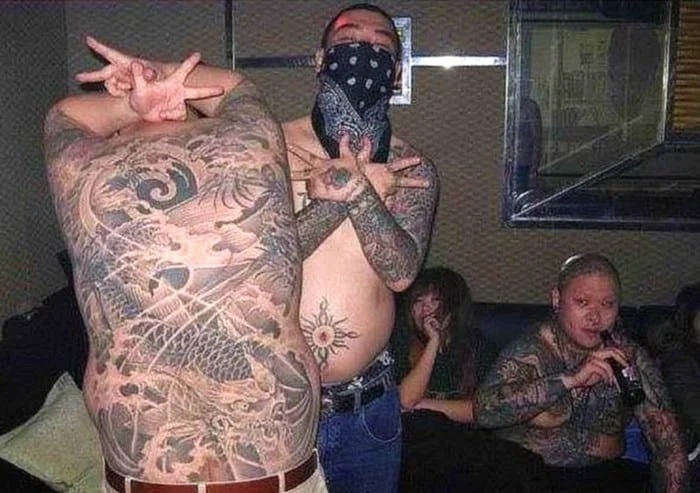 The Solntsevskaya Bratva (Russian: олневскa ратва) was a significant Russian Mafia group. Sergei Mikhailov is the guy who founded Solntsevskaya Bratva, often known as the Solntsevo Brotherhood. Mikhas, as he is known, worked as a server in various Moscow restaurants, but the salary wasn’t enough for him, so he turned to crime. Solntsevskaya has only expanded in size over the years, and its members are professionals in a variety of sectors, allowing them to diversify their ventures. Since its inception, Solntsevskaya Bratva has been involved in drug trafficking, extortion, fraud, and money laundering. They’ve also created alliances in many parts of the world to broaden their business. 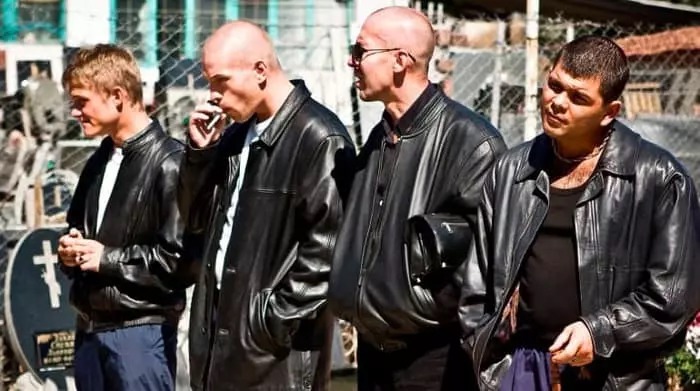 The Rastrojos arose from the Norte del Valle drug cartel to become one of Colombia’s most prominent global criminal syndicates until its top leadership surrendered or was detained in 2012. The Rastrojos’ strongholds are mostly in the region where they originated: the Pacific coast provinces of Valle del Cauca and Cauca. They are also active in Antioquia, Bolivar, Cesar, Choco, Cordoba, Nario, Norte de Santander, Putumayo, Santander, and Valle del Cauca, as well as in Venezuela and Ecuador, where they have developed a presence and run trafficking activities.The Rastrojos vary from other Colombian criminal organizations in that they do not strive to control every aspect of the drug distribution chain, instead of relying on strategic alliances. To move their stuff, they’ve formed connections with rebel groups and former right-wing paramilitaries. The different, connected gangs known as Norteos pay tribute to Nuestra Familia while incarcerated in California state and federal prisons. Norte Califas is a term used by Norteos to refer to Northern California. The Sureos from Southern California are their main adversaries. The majority of the gang’s members are Mexican Americans. In 1968, Mexican American inmates in California’s state prison system were split into two factions: Norteos (northerners) and Sureos (sureos) (southerners). The prison opponents of the Southern Latinos, who are made up of members and affiliates of La Eme, also known as the Mexican Mafia, were the Norteos, who were linked with Nuestra Familia. Common crimes committed by the gang are Assault, Theft, Burglary, Extortion, Murder, Armed Robbery, Carjacking, Drug Trafficking, and Gun Trafficking. 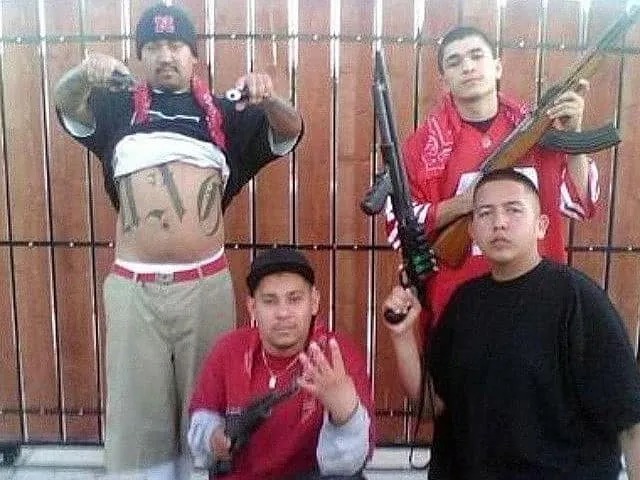 The Jalisco Cartel New Generation (Cartel Jalisco Nueva Generación – CJNG) is a criminal organization that arose from the deaths, captures, and schisms of previous cartels. It is notorious for its public relations operations and aggressive use of violence. Despite the apprehension of several key leaders, it is now Mexico’s most serious criminal danger, and it appears to be on the rise. The CJNG has grown quickly, and it currently has a presence in almost every part of Mexico, except for Sinaloa and the Golden Triangle of heroin manufacture. During an ambush in Jalisco state in April 2015, the CJNG killed 15 Mexican police officers, making it one of the worst attacks on security personnel in recent Mexican history. In March 2015, the gang was also responsible for an incident that killed five federal officers. The CJNG has also been linked to high-profile assassinations of government officials. The gang attempted to assassinate Luis Carlos Nájera, the former security secretary of Jalisco, in May 2018, and Omar Garcia Harfuch, the public security secretary of Mexico City, in June 2020. 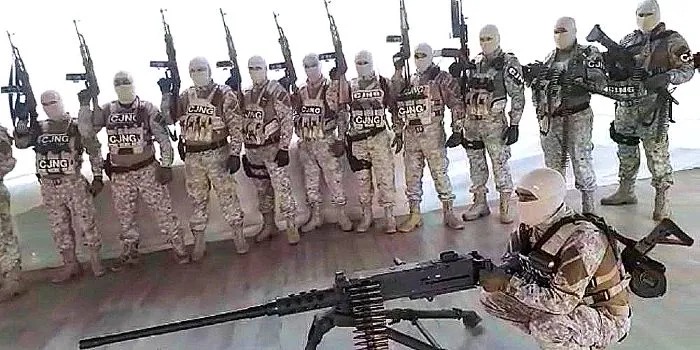 Los Zetas is a Mexican crime syndicate that was established in 1997 as the enforcement wing of the Gulf Cartel, a drug trafficking organization. In 2010, it broke away as a separate organized criminal operation. The organization was notorious for its brutal tactics and well-organized structure. Smuggling people, kidnapping, extortion, and arms trafficking have all been part of the group’s activities, in addition to protection and enforcement. The theft of more than $1 billion in oil from Pemex, Mexico’s national oil company, was also carried out by Los Zetas and other gangs. Los Zetas’ size remained a mystery, with estimates ranging from a few dozen to several thousand people. It is believed that the birth of Los Zetas came as a result of both a symptom and a cause of the militarization of Mexico’s drug wars. Competition between big trafficking organizations became fiercer in the first decade of the twenty-first century, and conflicts between traffickers and the police and military became more common. Much of the violence has been attributed to Los Zetas. 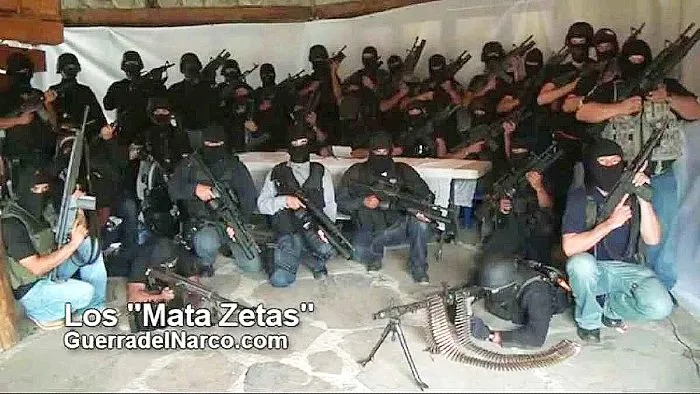 The Crips are a Los Angeles-based street gang that engages in a variety of illicit activities, including drug distribution, theft, extortion, and murder. The color blue has long been associated with the largely African-American community. The Crips’ bloody feud with the Bloods garnered national attention. By the early 1970s, the Crips developed a reputation for extreme violence. In response to the Crips’ expanding strength, other gangs emerged, most notably the Bloods. The Crips shifted their focus to drugs, particularly crack cocaine, in the 1980s, and eventually developed connections with Mexican cartels. The gang’s involvement with narcotics allowed it to spread outside of Los Angeles. It was active in 40 states and had upwards of 20,000 members by the early twenty-first century. Their rivalry found its way into popular culture, generating songs and films. 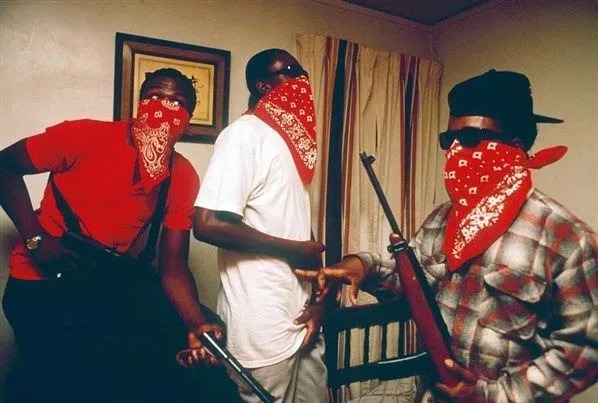 The Sinaloa cartel is a global crime syndicate that is one of the most powerful drug trafficking organizations in the world. Its headquarters are in Culiacán, Sinaloa, Mexico. Its roots can be traced back to the Guadalajara cartel, one of Mexico’s most powerful crime syndicates in the early 1980s. Both the Tijuana and Juárez cartels lost territory to Sinaloa, strengthening its position as one of the world’s most formidable drug organizations. The cartel had operations in more than 50 nations by the early twenty-first century, but it was notably powerful in the United States. According to sources at the time, Sinaloa was responsible for the majority of illegal substances transported into the United States from Mexico, including marijuana, cocaine, heroin, and methamphetamines. 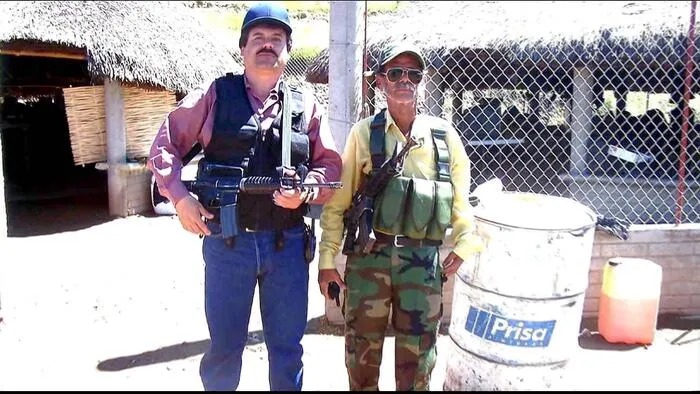 MS-13 is an international gang that engages in criminal activities such as drug and human smuggling, prostitution, murder, and extortion. It was created in the 1980s in Los Angeles by El Salvadoran immigrants and later spread throughout the United States, Central America, and Canada, earning a reputation for severe brutality. In the early 1990s, it agreed with the Mexican Mafia, a formidable gang centered in Los Angeles, to enhance its position. Mara Salvatrucha became known as MS-13 during this time because M was the 13th letter of the alphabet. Mara Salvatrucha grew into one of the most powerful yet loosely organized gangs in the Northern Hemisphere, with a reputation for cruelty; its motto was “murder, rape, and dominate.” MS-13 was reportedly active in practically every U.S. state and the District of Columbia by the early twenty-first century. MS-13 members were involved in savage gang fights, murder, prostitution, drug trafficking, human trafficking, and illegal immigration across the US–Mexico border." 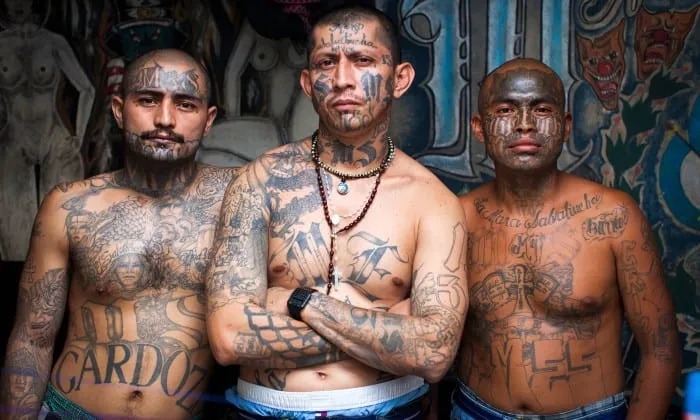