A SANDF Member Was Caught On Camera Helping Foreigners Smuggle Goods, This is How Much They Demand 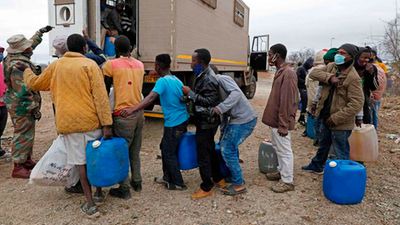 Most of the things that are sold in local supermarkets are illegally imported from Zimbabwe and other countries, and most of the cars that get stolen here in Mzansi are found in foreign countries. Many people have been wondering how these people make it to the other side of the border while carrying heavy stuff. As far as we know, foreigners use the bush to enter and exit the country, but then surprisingly, you’ll find a car being stolen being detected in Zimbabwe, whereas the car can’t be illegally crossed through the bush. 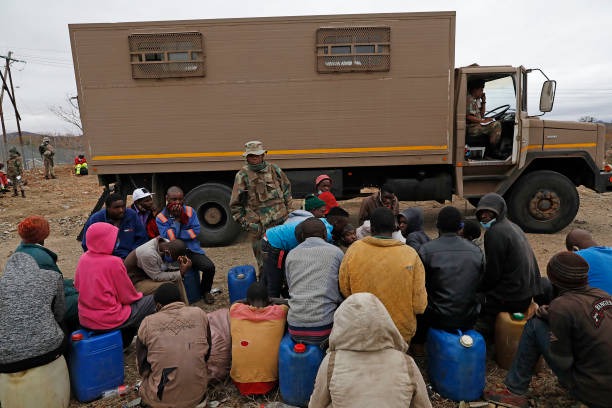 Following all that, there’s a documentary that has been released exposing all the dirty things that SANDF members do to help foreigners smuggle things in and out of the country. This documentary was taken by a hidden camera without the interviewee's knowledge. According to the documentary, SANDF members charge foreigners between R50 and R250 depending on the amount of goods transported.According to one of the foreigners interviewed, they pay 100 for a load of goods to be smuggled, but if it’s small items, they pay R50 using the bush, but if you are using the main border gate, you will have to pay more because there is a high risk of being caught. It was said that there are well-known people who work with the SANDF. On the Zimbabwean side and also on the South African side, To prove that this documentary wasn’t fabricated, there is also a scene where a SANDF member was caught on camera taking money from foreigners who were smuggling goods. In the video, an armed SANDF member can be seen busy guiding people to pass through a damaged wire fence after they pay him. Watch the video on the link below. 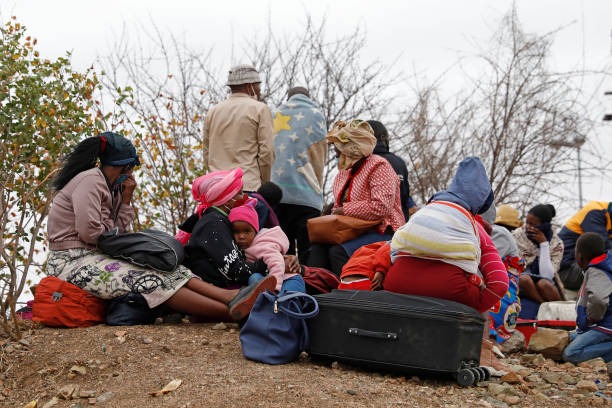 This is really embarrassing. While our country is busy fighting for foreigners to be deported, the very same people who are supposed to deport them are the ones bringing them in. Throughout the documentary, the SANDF leader was interviewed and shown the video, and his response was that he wasn’t aware of such acts, and now that he’s aware, he’ll keep an eye on it. Many people were very enraged after seeing this documentary. See their comments below. 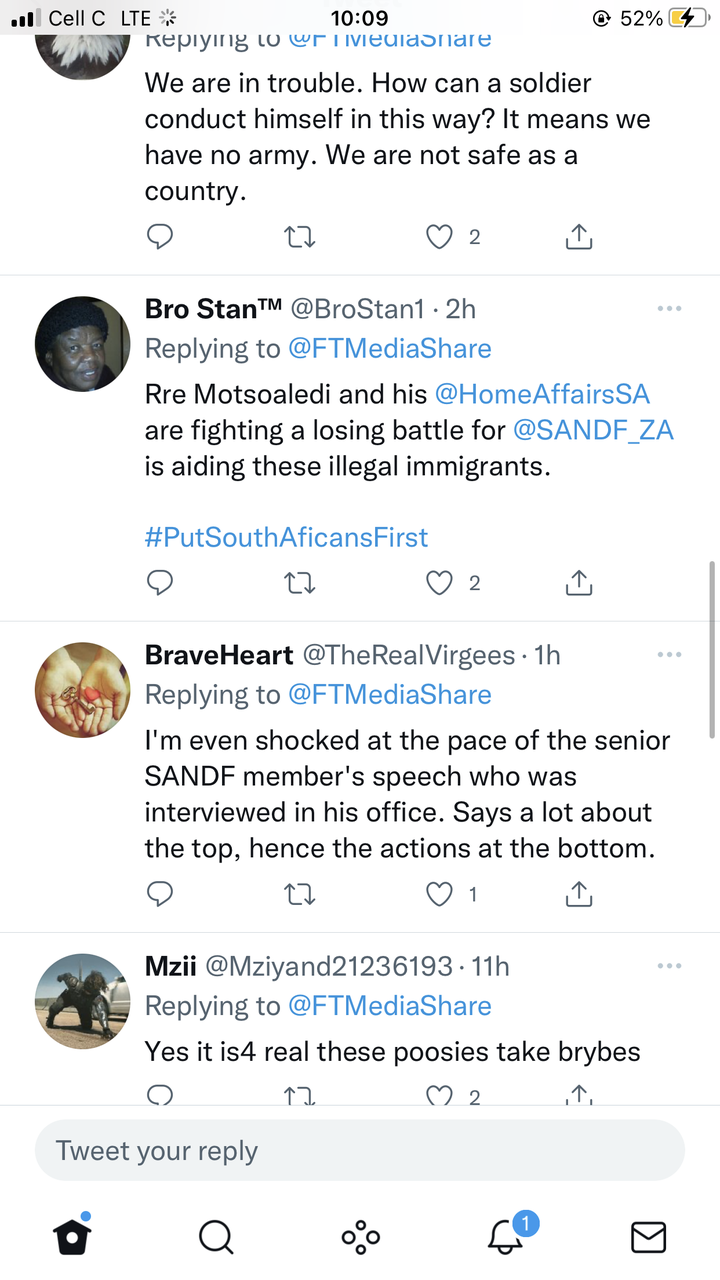 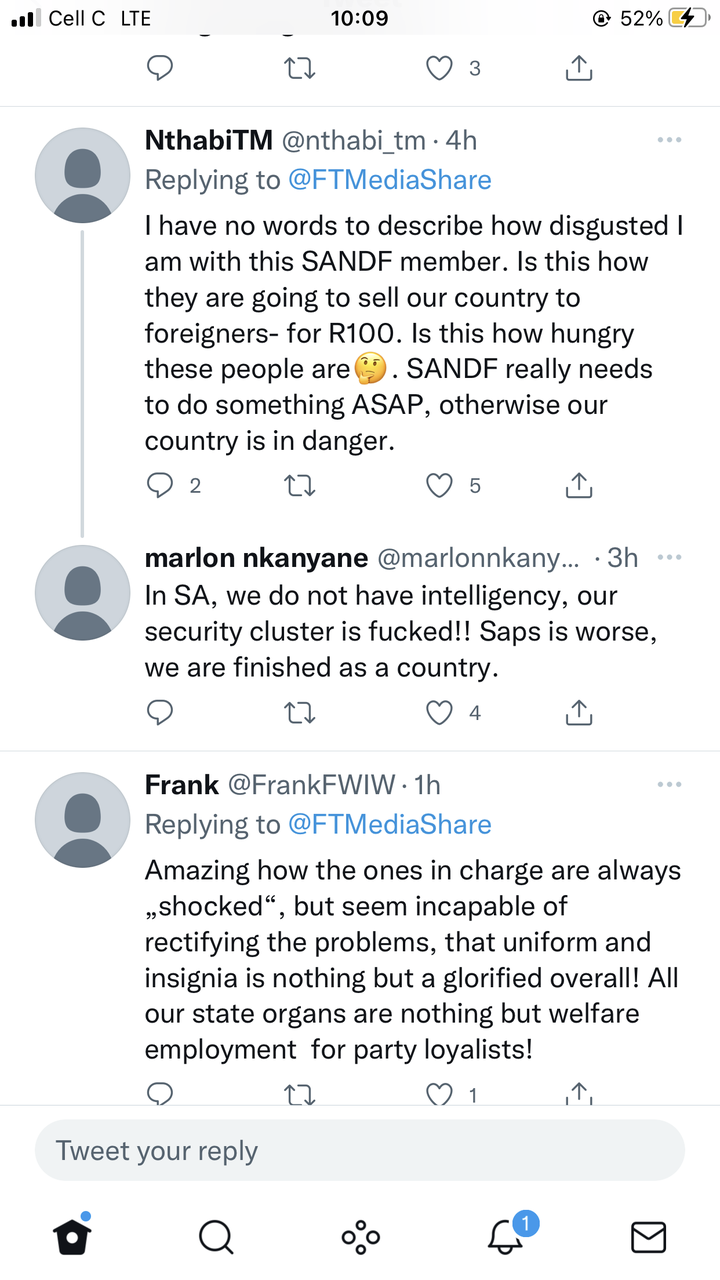 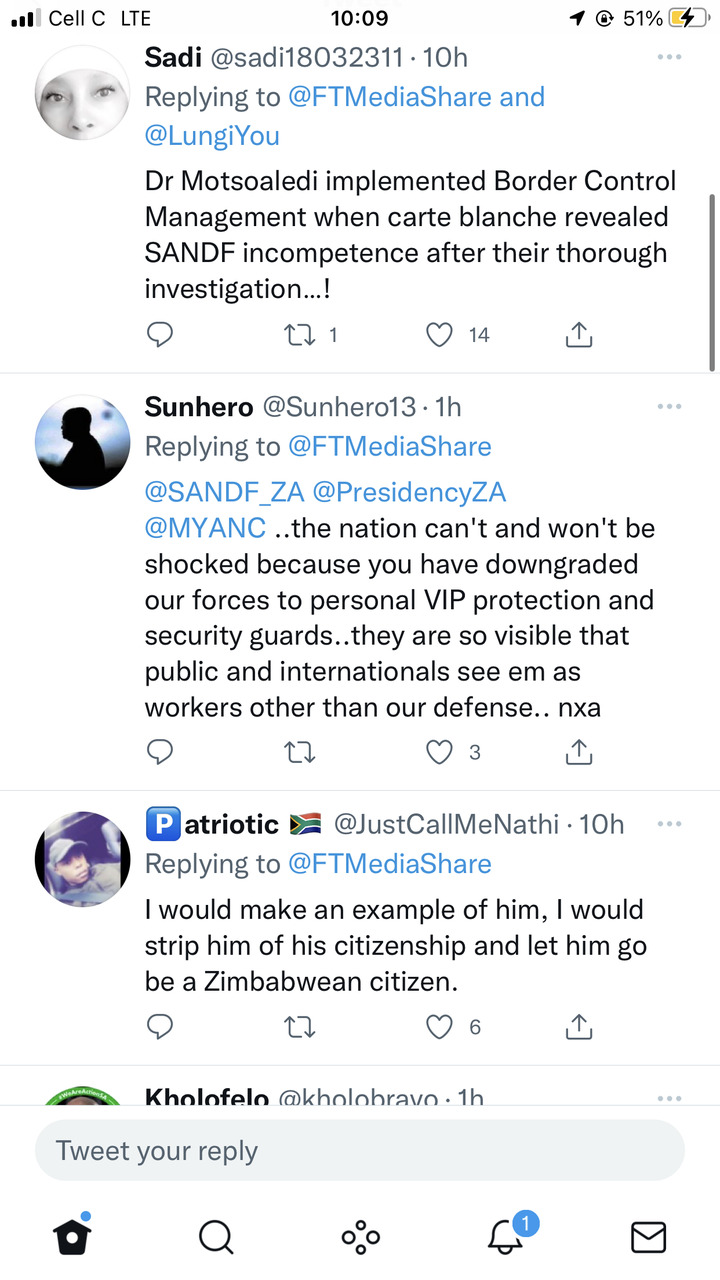 It seems like our officials are more corrupt than us. We trusted them to protect us, but they are the ones bringing danger to us. If we do not stand up and find out for ourselves, this will be the end of South Africa. Some might call it xenophobia, but really these acts are disturbing. Soon they will be stealing our children and making them their slaves in Zimbabwe. 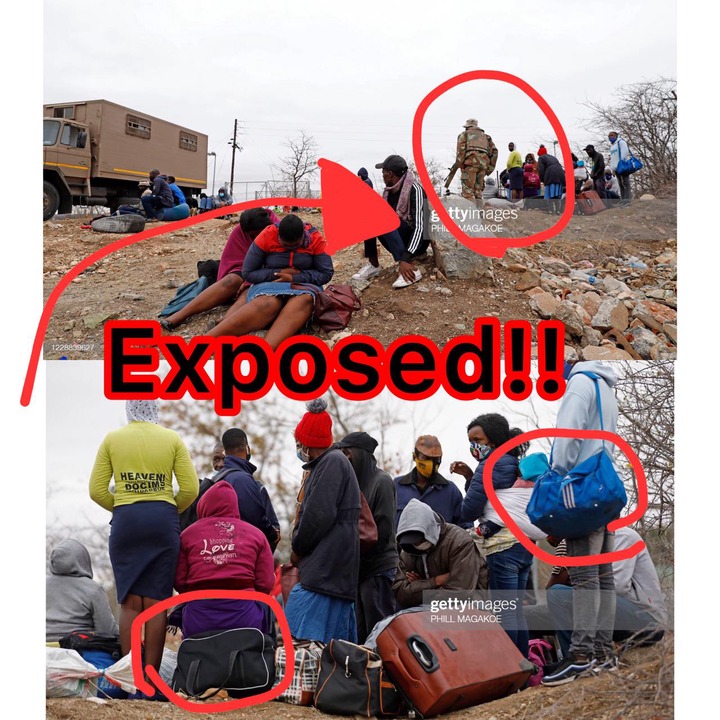