Eight months after the mauling, the victim is still healing. Image credit: SWNS

A lady who was mauled by a large dog so viciously that her body looked like it had been "chewed meat" wants the Bully Kutta breed outlawed in the United Kingdom. 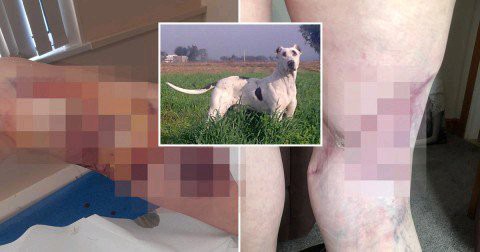 The unnamed victim, who spent nearly a month in the hospital getting skin grafts, stitches, and extensive rehab to help her walk again, is still suffering from the mauling eight months later.

She continues to have no feeling below her knee, daily pins and needles, post-traumatic stress disorder, and permanent scars.

The woman from Blackburn, Lancashire, claimed that after being attacked by the beast, which can grow to be about 3 feet tall and 14 stone in weight, she felt "scarred" in every manner.

She had been with the two tiny dogs when the Bully went crazy, and it took her several months to gather the courage to take them for a walk.

She has fought for the dangerous breed to be put to the UK's list of prohibited dog breeds and claims that since the incident, she has not heard from the police regarding whether charges are being pursued against the owner.

Why aren't the police doing more, she asked? Why is it still OK for people to possess dogs in this way?

She spent weeks in rehabilitation learning how to walk again (Picture: SWNS)

The only way I can explain it is that it seemed like it was trying to munch its way to the bone while holding a chunk of flesh in its mouth.

The law must be changed. Both the council and the police should take more action.

Additionally, the victim struggles daily with pins and needles and has had to regain her confidence to take her two tiny dogs outside. Image credit: SWNS 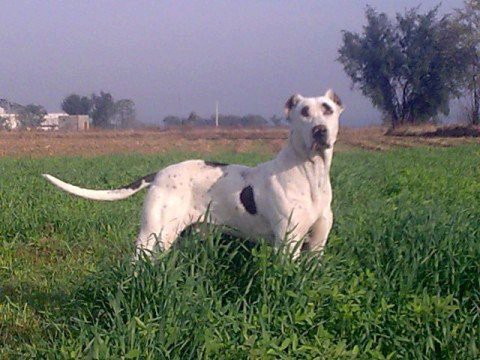 "Something needs to be done or it will happen again after two very young children were killed lately in different parts of the country due to dog attacks.

I had a lot of luck. I have no doubt that the dog would have killed me if I hadn't had the foresight to turn my back on it as it came barreling toward me.

It clung to my leg and wouldn't let go, I said. The only way I can explain it is that it seemed like it was trying to swallow a chunk of flesh.

Her right leg had been bitten so deeply that the bite had severed many nerves and torn muscle fibers.

The dog is reportedly still in their kennels after being taken by authorities three days later.

"What has been done with the dog?" the victim enquired. I haven't heard anything from the police about whether the dog's owner has been charged, whether the dog has been put down, or whether it will be returned to its owner.

Why should taxpayers foot the bill to care for this animal? There is a need for action.

In Milnrow, Rochdale, a young boy was recently killed by a vicious dog.

"What happens when this dog kills another dog if its owner is permitted to have it back?" maybe a kid?

"This attack has traumatized me and left me with significant bodily scars."

It's been terrible and has affected me mentally far more than I anticipated.

The Bully Kutta is primarily employed for hunting or guarding in the Indian subcontinent. Males can weigh up to 14 stone and stand an average height of 2.6 feet.