Here is what happened in Umhlali, on the KwaZulu-Natal north coast. See pictures 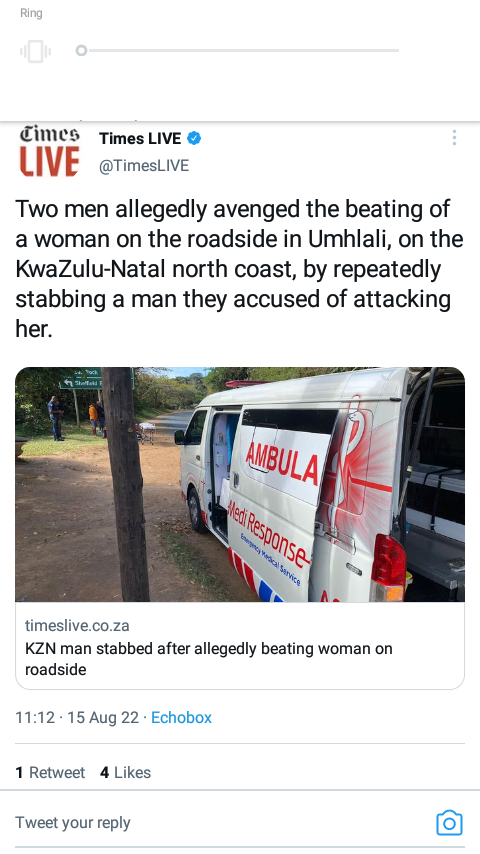 On the north coast of KZN, a man who had allegedly been beating a woman was afterwards stabbed.

A woman was beaten on the side of the road in Umhlali, which is located on the north coast of KwaZulu-Natal. Two men are accused of exacting their vengeance on the man they believe was responsible for the attack by repeatedly stabbing him.

According to the paramedics of Medi Response, the event took place on Sunday.

When the crew arrived, it was stated that the injured man had reportedly assaulted a woman on the roadside, which was witnessed by two males. It was said that the assault took place in front of the personnel.

"According to the allegations, the two men walked up to the victim, where they then continued to assault him before stabbing him."

After receiving medical attention, the injured man was taken to the hospital. 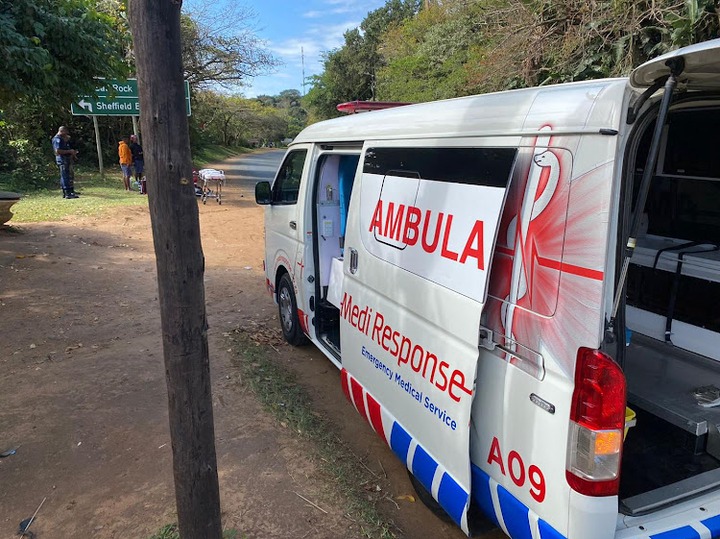 There was no information available about the woman or the two people who were accused of stabbing the man.