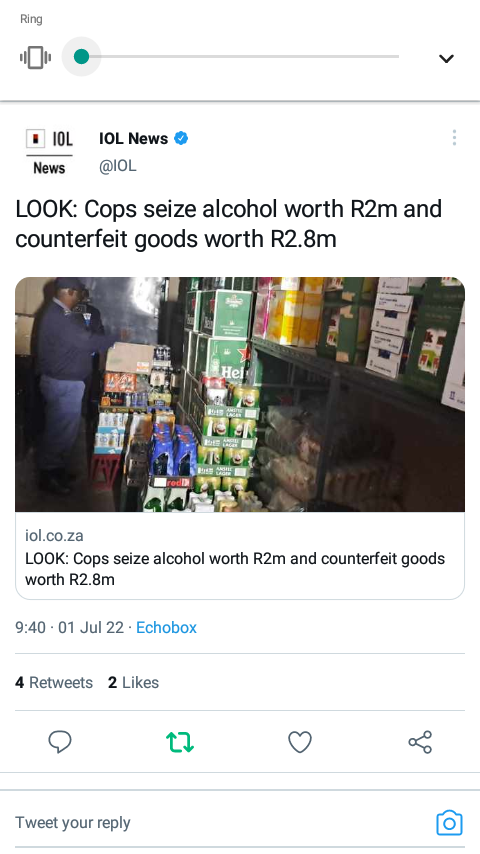 During an Operation O Kae Molao blitz, police in Gauteng found counterfeit products worth about R3 million and an estimated R2 million in alcohol. In this picture, you can see SAPS

In addition to the two counterfeit-related arrests, 260 other individuals were detained for "other significant and violent offenses," he claimed.

During an O Kae Molao operation in Vosloorus under the Ekurhuleni District, Gauteng provincial commissioner of police Lieutenant-General Elias Mawela led the seizure of R2 million worth of illegal whiskey.

More information on this

During an Operation O Kae Molao blitz, police in Gauteng found counterfeit products worth about R3 million and an estimated R2 million in alcohol. This is what the SAPS looks like.

In Magaliesburg, Hekpoort and Tarlton, a total of 110 suspects were arrested for crimes ranging from murder, assault with intent to cause grievous bodily harm, armed robbery, possession of an unlicensed firearm and damage to essential infrastructure," according to a statement from the South African Police Service.

More than 320 people were apprehended in Tshwane and Sedibeng Districts as a result of the operations, Masondo added.

As of today, the apprehended individuals will be tried in several magistrates' courts.

There was a liquor license fraud investigation and one individual was arrested. 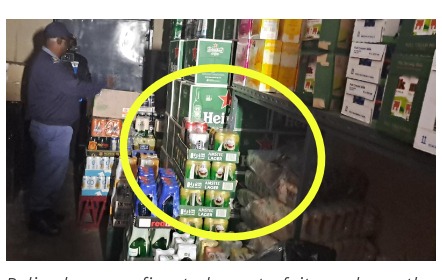