By Fast_Media (self media writer) | 8 months ago

Evelyn Namasopo, 16, described how she was assaulted by a machete-wielding man who cut off her hand after she refused his attempt to rape her on Wednesday.

During a session at Bubulo Magistrate's Court in Manafwa District, the senior two student in Bududa District, Uganda, told Mbale Chief Magistrate, Mr James Mawanda, that the suspect Derrick Kuloba, 25, assaulted her near a forest on her way home to collect beddings and food for her sick mother who had been admitted.

“He (Kuloba) began demanding that I undress, and when I declined, he pulled out a machete and began cutting me. “He tried to cut my head off with his right hand, but I tried to protect it with my right hand,” she said in court during a hearing in which Kuloba is accused of attempted murder. 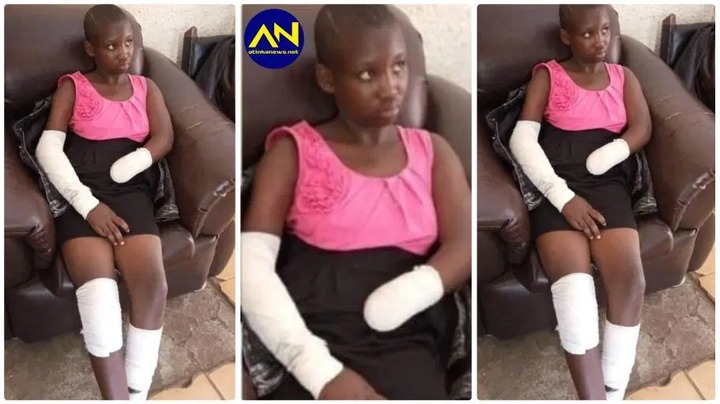 Evelyn said that she raised an alarm in the hopes of receiving assistance, but that her efforts were futile.

She also mentioned that she is still in a lot of pain in various parts of her body.

Since Kuloba was released under mysterious circumstances a few days after his detention, the girl accused police and Mbale Court of attempting to sabotage her case.

“Because I'm now impaired, I need justice from this court. I can't do the things I used to do on a daily basis. She explained, "I can't even compose."

Ms Juliet Khainza, the victim's mother, said, "We had waited for this case to start but in vain."

I want justice for my daughter.”

Ms Khainza requested that the suspect cover her daughter's medical expenses while the case is being resolved, claiming that her family could no longer afford her medicine.

The case was rescheduled for April 8, 2021, when the prosecution is expected to call further witnesses to the stand.

Content created and supplied by: Fast_Media (via Opera News )