By Houseofnews (self media writer) | 7 months ago 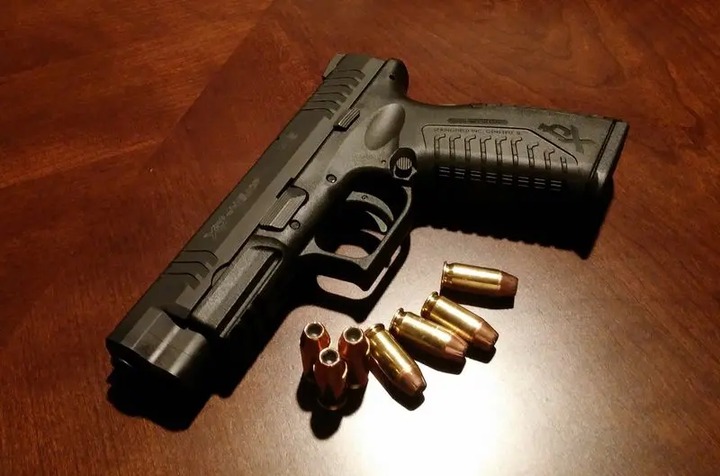 On Monday 20 December 2021, a 20-year-old woman and two assassins will face five murder accusations in court. The accused admitted to authorities that she hired hit guys to kill her entire family. According to authorities in the North West, a 20-year-old daughter reportedly hired hitmen to murder her parents and siblings on Tuesday, December 6 in Mmakau Village. She later confessed, and the assassins were apprehended.

According to South African Police Service (SAPS) spokesman Lieutenant Colonel Amanda Funani, the suspect's 16-year-old sister left her family's house on 6 December to put away dishwater when she heard gunshots. "While she was outside, she heard gunshots inside the home and returned to investigate, but the suspects reportedly shot her in the thigh and fled the scene in a family car a Chrysler Voyager," Funani stated. The injured youngster notified the neighbors, and the police were called.

The father, 42, mother, 40, pregnant daughter, 18, and six-year-old boy were discovered dead in a pool of blood. The dead father worked as a cop. The 20-year-old daughter went to Mmakau Authorities Station and acknowledged to killing her family members, according to police. On the 17th and 18th of December, the assassins were apprehended in Brits and Soshanguve, respectively.

"The accused is scheduled to arrive with two suspected hitmen she hired to kill her family," a police official said.The 20-year-old daughter and the hitmen, both 23 years old, are scheduled to appear at the Brits Magistrate's Court on Monday, 20 December, to face five counts of murder. "North West Provincial Commissioner Lieutenant General Sello Kwena applauded the arrests, saying they send a clear message that criminality does not pay," Funani added.

THREE ZIMBABWEANS were arrested for carrying this. Read for more.

Look what was found as two luxury hijacked cars were Recovered