Guzmán was born in Sinaloa, entered the drug trade through his father. 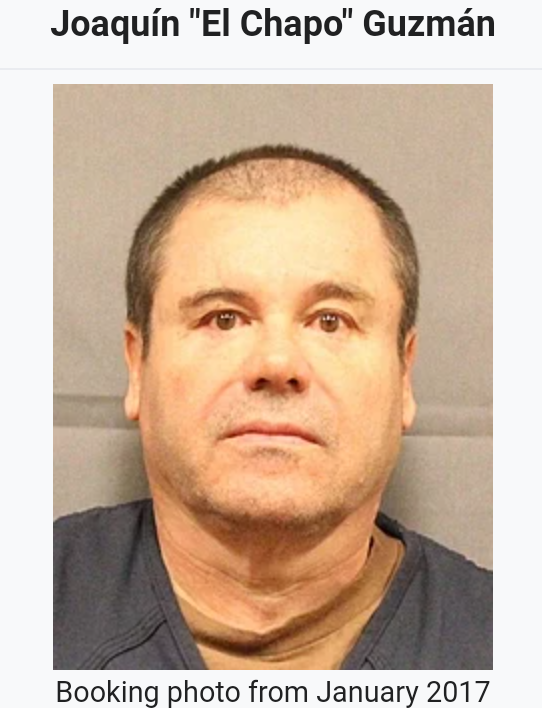 Guzmán was born in Sinaloa and raised in a poor farming family. He endured physical abuse at the hands of his father, and also entered the drug trade through his father, helping him grow marijuana for local dealers during his early adulthood. Guzmán began working with Héctor Luis Palma Salazar by the late 1970s, one of the nation's rising drug lords. He helped Salazar map routes to move drugs through Sinaloa and into the United States. He later supervised logistics for Miguel Ángel Félix Gallardo, one of the nation's leading kingpins in the mid 1980s, but Guzmán founded his own cartel in 1988 after Gallardo's arrest.

Guzmán oversaw operations whereby mass cocaine, methamphetamine, marijuana,and heroin were produced, smuggled into, and distributed throughout the United States and Europe, the world's largest users. He achieved this by pioneering the use of distribution cells and long-range tunnels near borders, which enabled him to export more drugs to the United States than any other trafficker in history. Guzmán's leadership of the cartel also brought immense wealth and power; Forbes ranked him as one of the most powerful people in the world between 2009 and 2013,while the Drug Enforcement Administration estimated that he matched the influence and wealth of Pablo Escobar.

Guzmán was first captured in 1993 in Guatemala and was extradited and sentenced to 20 years in prison in Mexico for murder and drug trafficking. He bribed prison guards and escaped from a federal maximum-security prison in 2001.His status as a fugitive resulted in an $8.8 million combined reward from Mexico and the U.S. for information leading to his capture, and he was arrested in Mexico in 2014. He escaped prior to formal sentencing in 2015, through a tunnel dug by associates into his jail cell.Mexican authorities recaptured him following a shoot-out in 2016and extradited him to the U.S. a year later. In 2019, he was found guilty of a number of criminal charges related to his leadership of the Sinaloa Cartel,was sentenced to life imprisonment, and incarcerated in ADX Florence, Colorado, US.

Prophesy Five Positive Things To Yourself From The Word Of God Now; Believe It And Be Fulfilled

Best Personality traits of guys that make the best boyfriends

3 Qualities that attract men to women.