A university student from a prestigious school has been arrested in connection with the death of his girlfriend, who is said to have died in suspicious circumstances after visiting him for a sleepover.

According to allegations from a reputable source of information, the deceased, Chuka, went to sleep at her boyfriend's residence without alerting her parents. However, things spiraled out of control after she was found dead in the man's home under mysterious circumstances.

The man, whose name has not been released, stated that he went out to get breakfast and left the deceased on his bed, assuming she was sleeping. He was forced to try to wake her up, only to discover that she was already dead.

Following that, a dramatic scenario unfolded after he allegedly alerted a number of his coworkers, as well as the police, who came to the site. According to reports, the suspect was taken to a police station for further investigation and questioning in connection with the same occurrence.

Kenyans who resorted to social media to express their opinions and suggestions in response to the occurrence have urged their fellow residents to never allow a sick person sleep in their homes in order to reduce such cases.

Most Kenyans remarked that it was extremely tragic that the deceased had to die in this manner, according to reports. However, they went on to say how awful it was that she had to die in the man's place because he was going to be the main suspect. 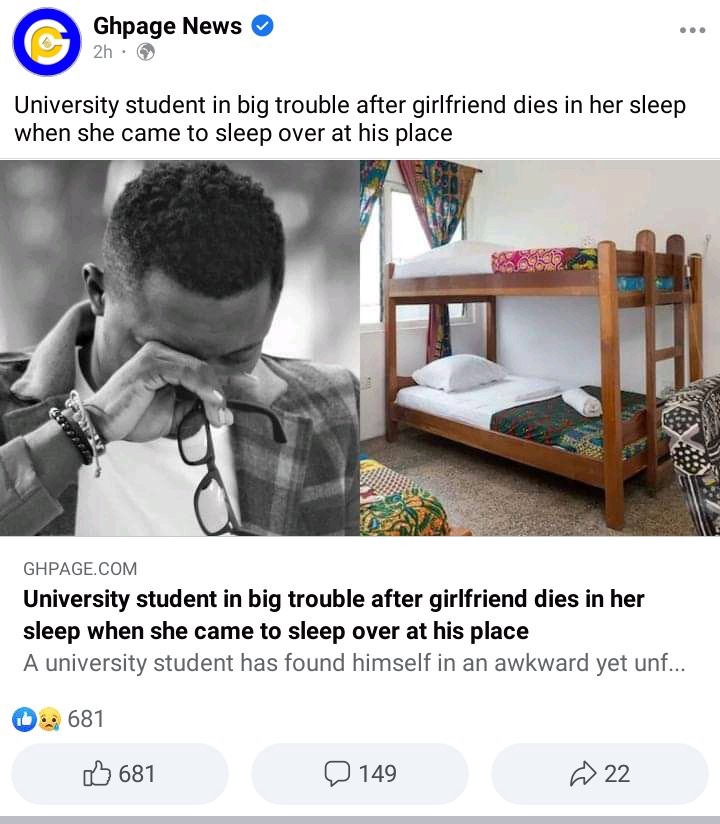 To learn more, go to this page.