Look what is planned for vigilantes who killed KZN man accusing him of stealing goats. Read more. 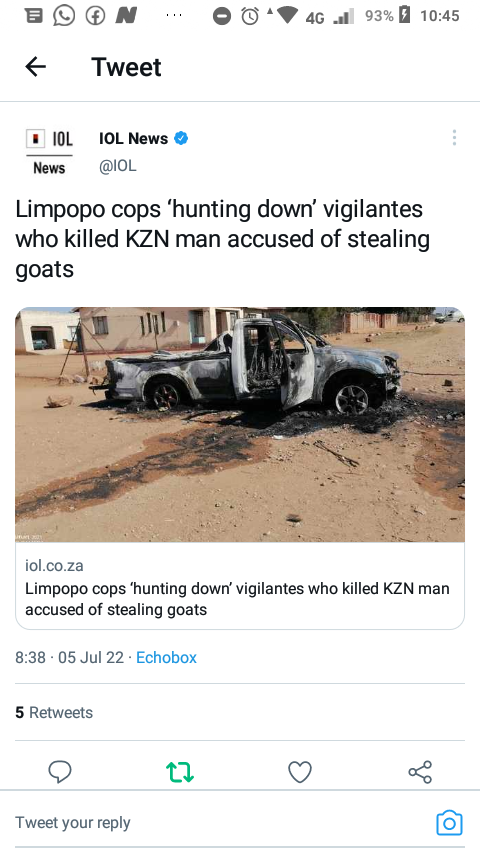 On Saturday, a mob violence occurred at Mamaolo Village under the Lebowakgomo policing area in which the educator was killed.

The dead guy was accused of stealing stock, according to police.

An inquiry by the Lebowakgomo police showed that the victim, who was originally from Vryheid in Kwazulu Natal, frequently buys goats from the nearby villages and brings them back to his residence in Lebowakgomo" (KZN).

When he was spotted transporting many goats in a bakkie in Mamaolo, he was confronted by members of the community, according to Limpopo police spokesperson Brigadier Motlafela Mojapelo.

Having been dragged from the truck, the 43-year-old victim was viciously beaten before being set afire.

His car was also set on fire.

It has been instructed that the team find and prosecute those responsible for this heinous crime, according to Hadebe.

All community members are urged to help police identify and apprehend those responsible for the crimes, and to cooperate with them by providing any and all relevant information.

An investigation has been launched into the deaths of two people and the destruction of property. 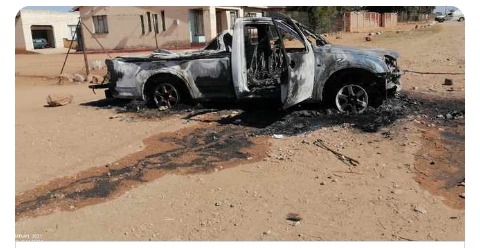 Alfred Magongwa VS Manaka: Who Is The Better Principal?