Matamela Cyril Ramaphosa was conceived 17 November 1952. He is a South African government official filling in as President of South Africa since 2018 and President of the African National Congress (ANC) since 2017. Already an enemy of politically-sanctioned racial segregation lobbyist, worker's guild chief and finance manager, Ramaphosa filled in as Secretary General to President Nelson Mandela, Deputy President to President Jacob Zuma, and Chairman of the National Planning Commission from 2014 to 2018.

He has been known as a handy arbitrator and planner who went about as the ANC's Chief Negotiator during South Africa's progress to vote based system. Ramaphosa developed the greatest and most impressive worker's organization in the country, the National Union of Mineworkers (NUM). He assumed an essential part, with Roelf Meyer of the National Party, during the arrangements to achieve a quiet finish to politically-sanctioned racial segregation and steer the country towards its first completely fair races in April 1994.

Elias Sekgobelo "Pro" Magashule (brought into the world on 3 November 1959 in Tumahole, Parys, Free State) is a South African government official and an enemy of politically-sanctioned racial segregation extremist who is right now on suspension from the situation of Secretary General of the African National Congress. He filled in as the Premier of the Free State, one of South Africa's nine areas, from 2009 until 2018.

While at the University of Fort Hare, in 1982, he was captured following a dissent against a visit by Ciskei Prime Minister Lennox Sebe, and sentenced for public viciousness. His authority ANC memoir guarantees that he was accused of high conspiracy.

Magashule was an individual from Tumahole Youth Congress during the 1980s and assumed a part in United Democratic Front in Northern Free State during the 1980s and partook in getting sorted out lease blacklists in Tumahole. He was kept for his job in UDF exercises in 1985. He went to oust in 1989 and returned in 1991 subsequent to unbanning of ANC/SACP and PAC.

President Cyril Ramaphosa may have won the fight when he deposed Secretary-General Ace Magashule after the ANC's temporary suspension was ratified, but the party's splits are showing up elsewhere. 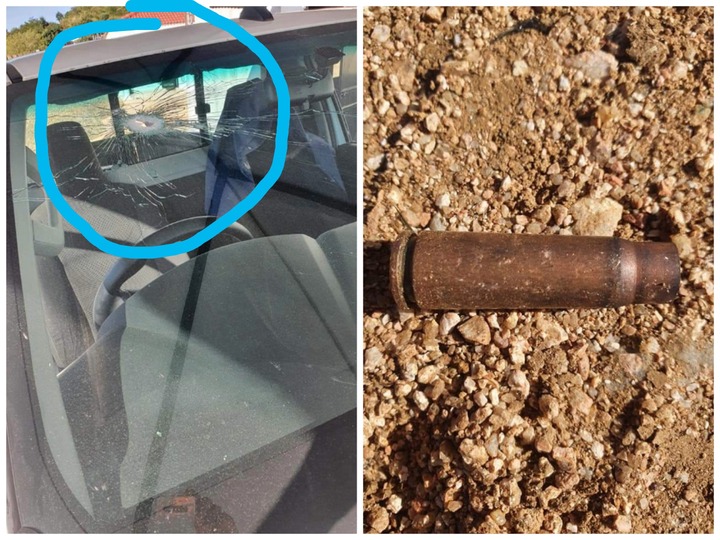 A major ally of President Ramaphosa, according to Newzroom Afrika journalist Mweli Masilela, escaped an assassination attempt on Monday. Bhunu Malandule, the chairperson of the Nelson Mandela Branch in Bushbuckridge, Mpumalanga, had a near-miss.

Malandule is a close ally of President Ramaphosa, and was even a member of the team that campaigned for CR17 ahead of the Nasrec Elective Conference, in which Ramaphosa won. 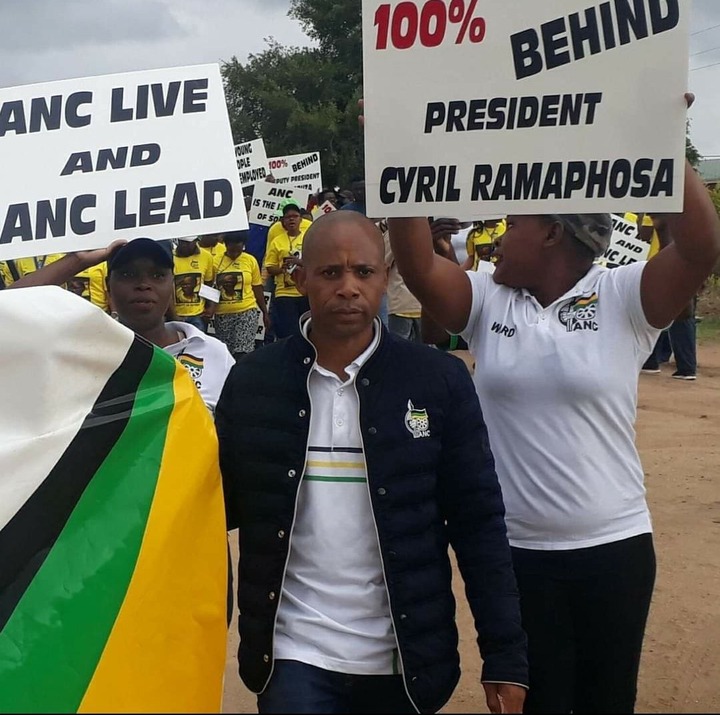 The NEC discussed the problem of political violence in Mpumalanga, which is largely triggered by members forming parallel structures in branches.

As a result, the NEC decided that those responsible for the divisions should face severe disciplinary action. 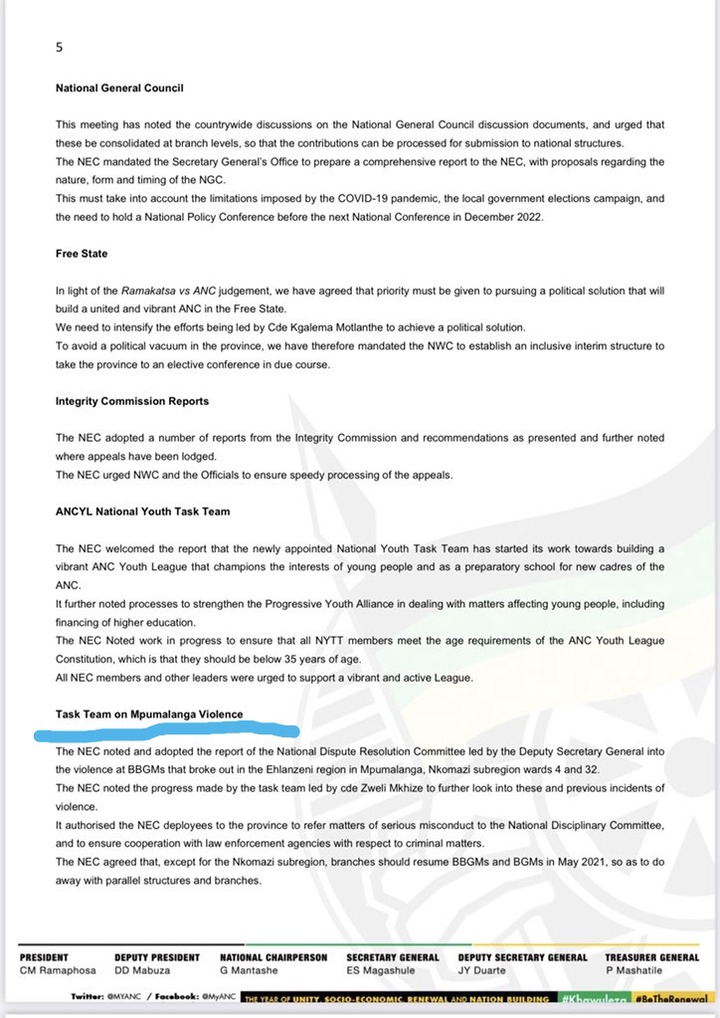 What do you make of the Assassination attempt on Malandule's life? 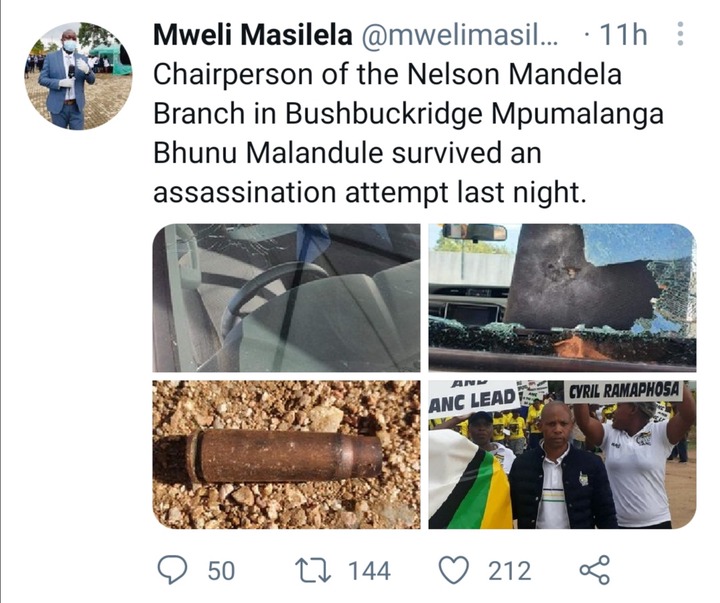 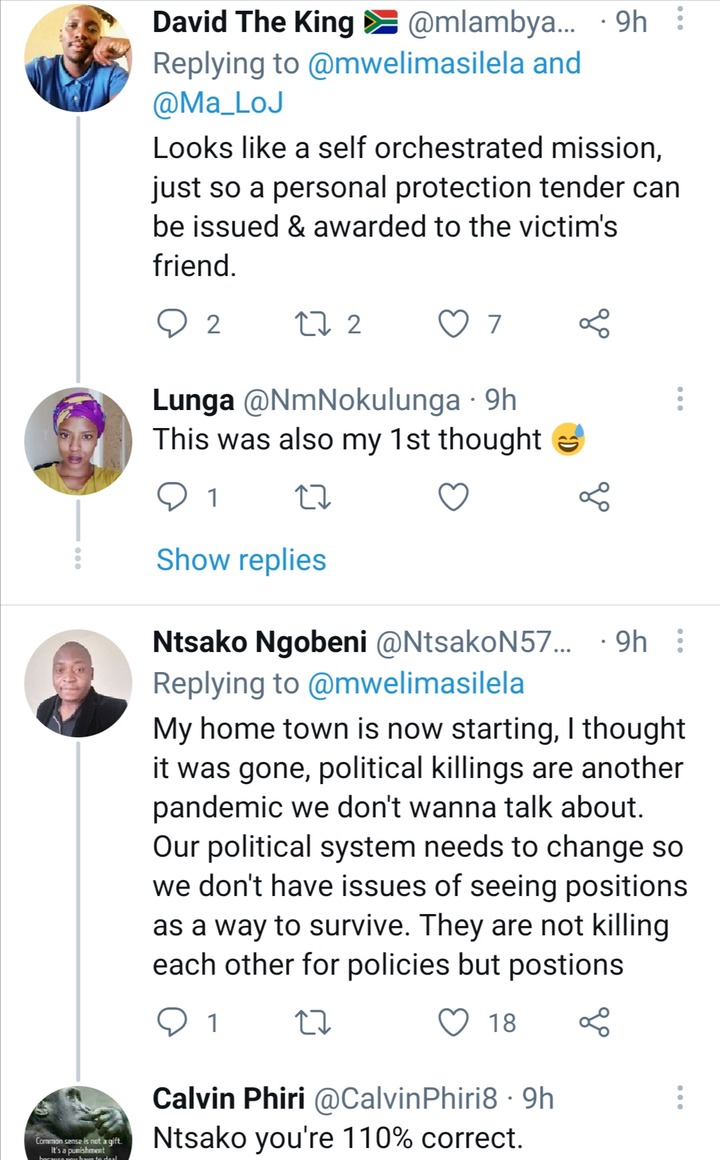 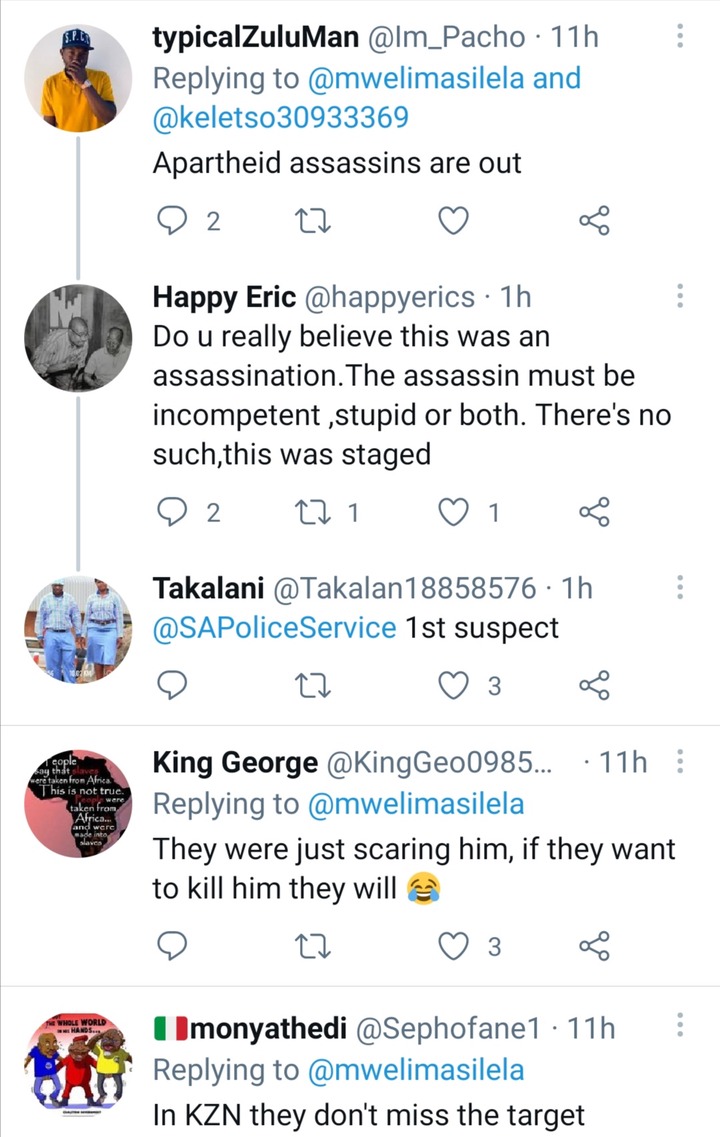 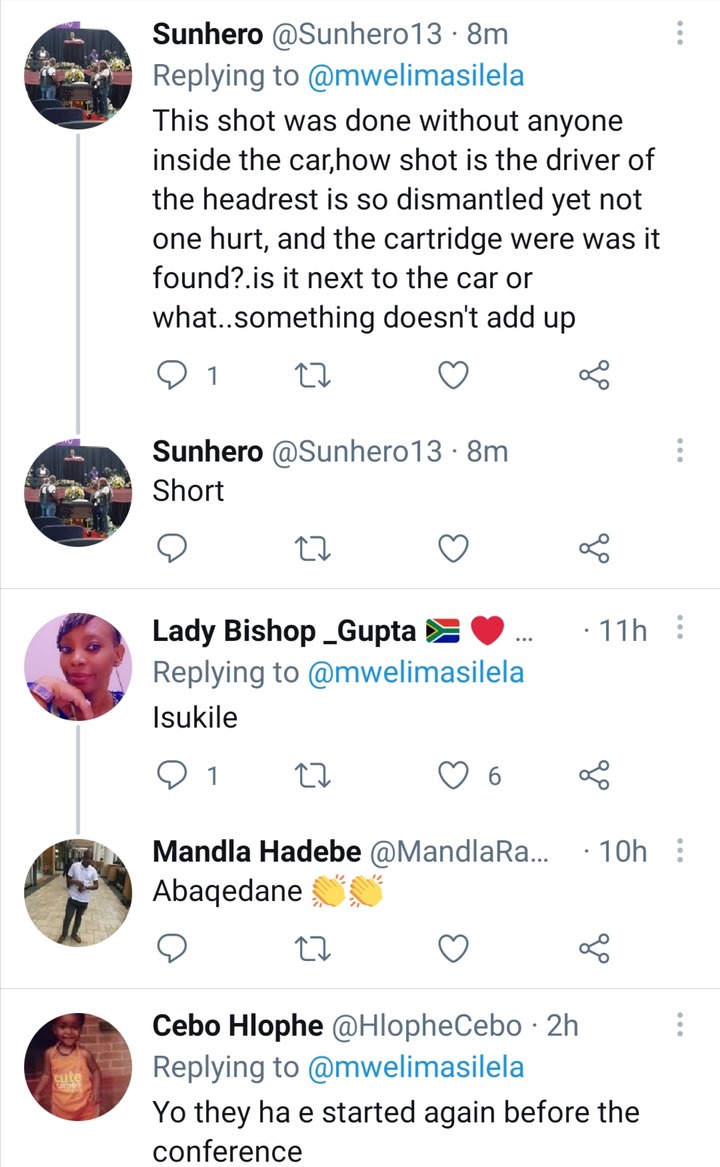 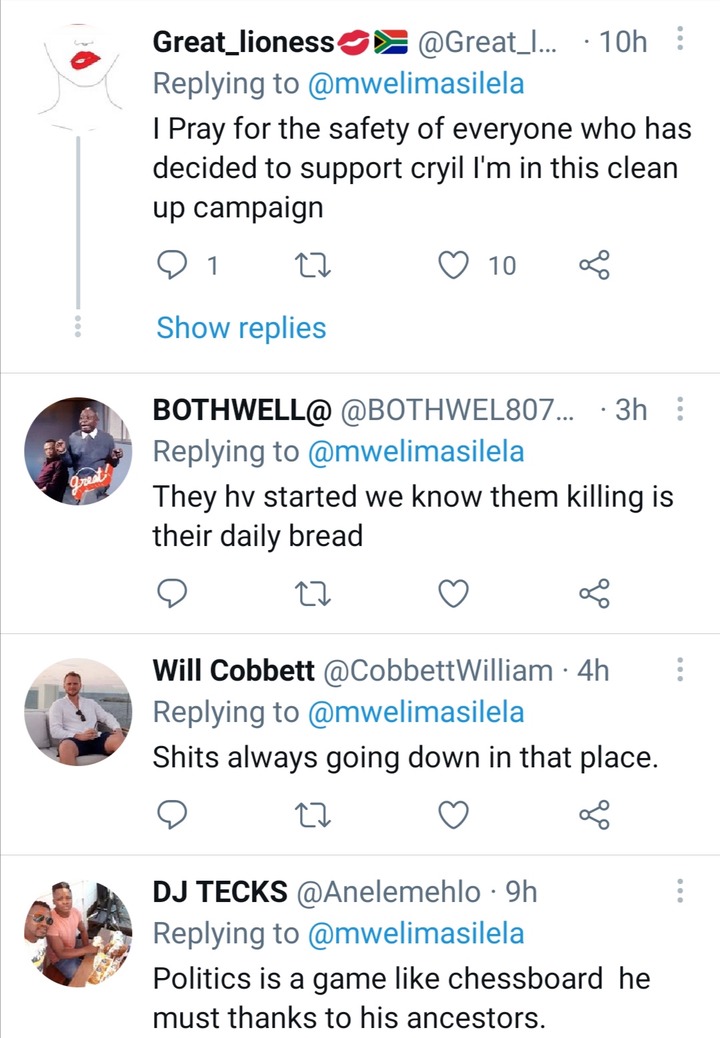 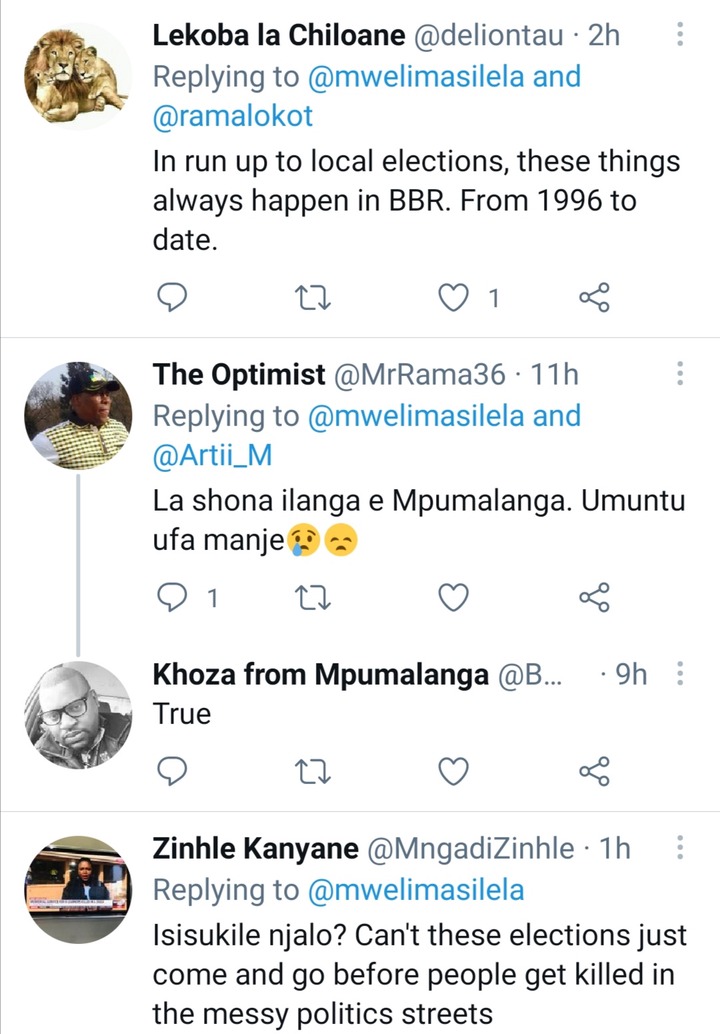 Hypertension in the elderly patients.