Teenager plucks the eye of 12-year-old beggar for this -his Grandma sent him. (DETAILS)

Teenager claims his grandmother instructed him to pluck the eye of a 12-year-old beggar's eye for charms (Photos). 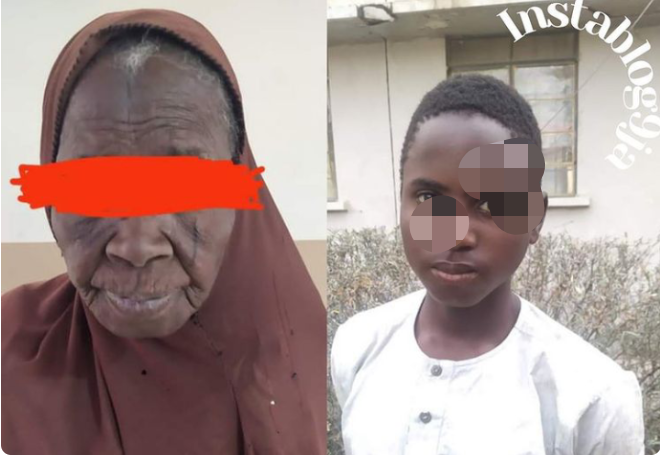 In Kano State, a 17-year-old teenager, Isah Hassan, was detained for reportedly enticing and pl#cking out the eye of a 12-year-old street beggar, Mustapha Yunusa, in exchange for charms.

According to a statement by the image maker of the Kano State Police Command, SP Abdullahi Haruna Kiyawa, the suspect confessed to have committed the act after being advised by a grandma, Furera Abubakar, 100, to get the eye of a human being to enable her prepare a disappearing charm for him.

It was reported on March 20 by a resident of Sheka Dantsinke Quarters in Kano that an unknown individual abducted one Mustapha Yunussa, 12 years of age, from his home in Rimin Hamza Quarters in Kano State and removed his right eyeball with a sharp knife before fleeing with it to an unknown location.

Following the incident, the police team responded quickly to the scene and transported the victim to a nearby hospital, where a Medical Doctor confirmed that the victim's eyeball had been forcedly removed with a sharp object, and the victim was then admitted to the hospital for treatment. Consistent efforts, combined with extensive intelligence follow-up, resulted in the arrest of the primary suspect, one Isah Hassan, 17, on March 29, according to the FBI.

During interrogation, the suspect admitted that he had met his friend, Sani Abdulrahman, 16, and had asked him where he might obtain a charm that would allow him to vanish whenever he wanted.

Sani guided him to his grandmother, Furera Abubakar, who was 100 years old at the time. He further admitted that he had met Furera and that she had instructed him to bring an eyeball from a human being to her so that she could construct the charm for him, which he did.

He then went and tricked the victim, luring him to a nearby bush, tying his hands, and forcing him to use a sharp knife to stab him in the right eyeball with his left. He handed the eyeball to Furera, who told him to bring N500 with him as payment. 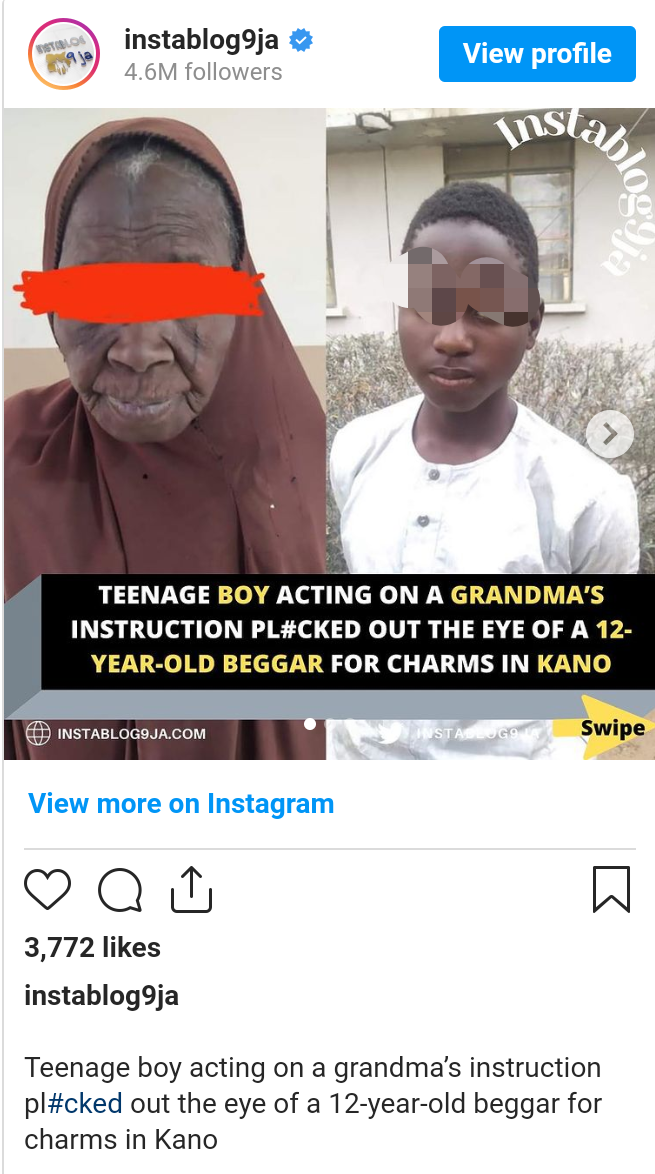 As he did not have the money, she told him to keep it in a safe place and bring it when he got the money. He kept it for three days, later he discovered that the eyeball had decayed, and threw it away. Furera was subsequently arrested,”