A man caught red handed on top of a Police station house, trying to do this. Video exposed. 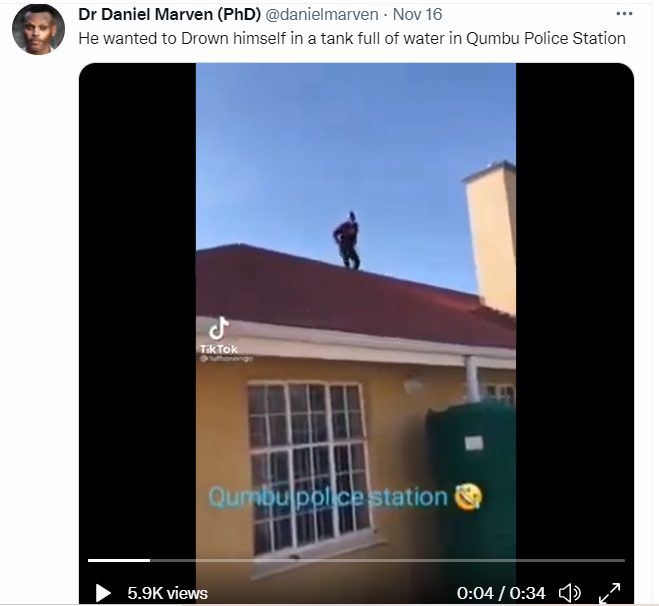 South Africans are not pleased with what other citizens are able to do. There is a video that shows a man hanging on top of the roof of a police station and trying to commit suicide. The video went viral, as people are eager to know what led to the decision that this man took. It is not often that scenes like these happen at the police station. SAPS stations are well respected, since they house the members of the law enforcement. However this is South Africa and anything is possible. It is both hilarious and disappointing at the same time. People are rejoicing someone who wants to commit suicide instead of helping him. The funny part is that this happened at the police station, where people should feel same and never witness such incidents. 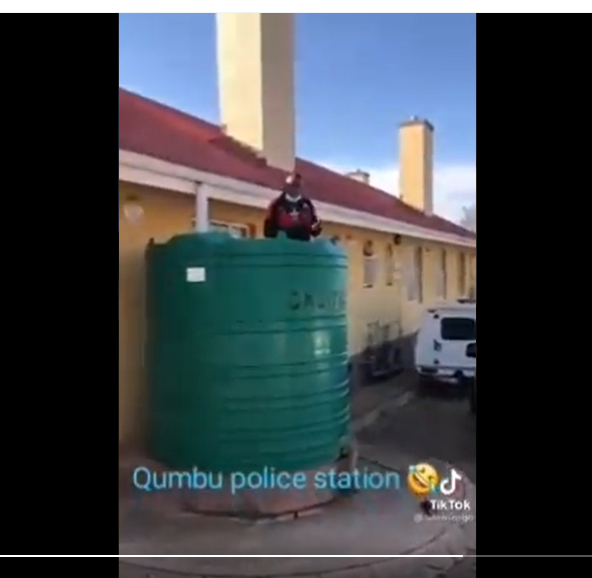 People are going through a lot and they need support. There has to be an awareness for suicide attempts and reduce the likelihood that people die from suicides. No one can decide to wake up and take his/her own life. There are challenges that most fail to overcome, hence giving them suicidal thoughts. Most suffer from depression and they cannot control their state of mind. This man was captured on the roof of the police station, shouting about how he wants to commit suicide. He later went off the roof and climbed onto a JoJo water tank and wanted to drown himself. This is the worst suicide attempt for any other person. People like this man need help in order to heal mentally and find a purpose to live. 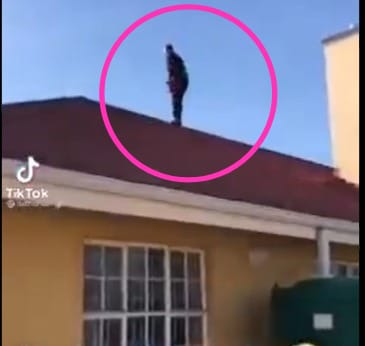 “He wanted to Drown himself in a tank full of water in Qumbu Police Station.” This police station is located in the Eastern Cape. The police needs to release a statement on why this man tried to commit suicide in their premises.