Bishop Nash’s son Pastor Sikhumbuzo Shongwe shoots wife, to hand himself over to the police.

By HomeAway (self media writer) | 11 months ago

The incident occurred on Sunday at around 1300hours at Pastor Sikhumbuzo’s house in Manzini after a brief argument that subsequently manifested into a serious disagreement. 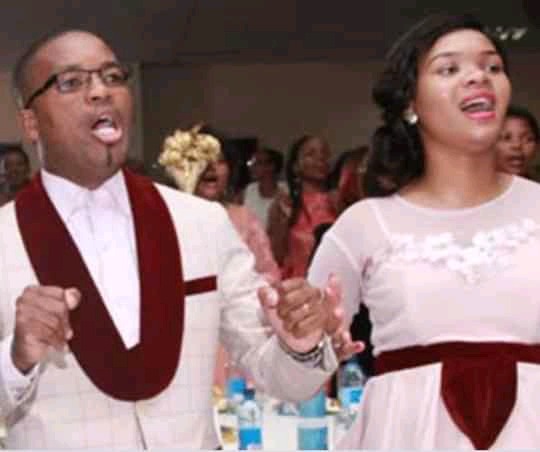 Reached for comments, Pastor Sikhumbuzo Shongwe confirmed shooting his wife but clarified that he did so in self-defense.

“My wife arrived here with her brothers to attack me in my house and I decided to shoot her in self defense. I am preparing to hand myself over to the police”, he said.

The couple’s disagreements have been making newspaper headlines, however, the emotional temperatures subsequently reached the boiling point on Sunday resulting to the shooting of Nkonyane who was rushed to hospital.

Questions were sent to Superintendent Phindile Vilakati, however, she had not responded at the time of compiling this report.

Reached for comments, Colani Hlatswayo, the One Billion Rising Africa Coordinator said it was so disappointing that the country was recording an increase in cases of violence against women.

“Also we see prominent people who should be leading by example in our society leading in committing violence against women and girls. As One Billion Rising campaign we call for the law to take its course and for justice to the lady who is a victim in this case”, she said.

One Billion Rising is an organization that advocates for the rights of women and children particularly the girl child.

Check out the pictures of Kaizer Chiefs defender Edmilson Dove

REVEALED| How Chiefs Will Play Against Sundowns, Zwane Statement On That