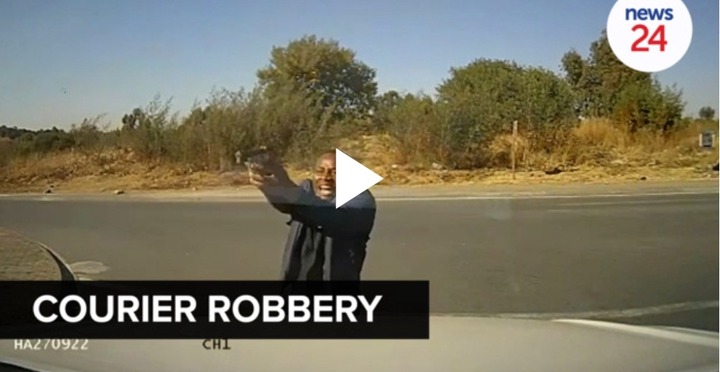 Two police officers were very fortunate to escape a shoot out an injured after encountering to alleged courier van Robbers in fleurhof, Randburg. The spokesperson revealed that the two officers were carrying out patrols on the 30th of June when they stopped a very suspicious looking vehicle, it seems like these criminals were believing that they make it with the courier van but unfortunately for them as they were spotted by police. On the video a South African police can be seen carrying a firearm standing right in front of the caravan and telling the occupant to get out. 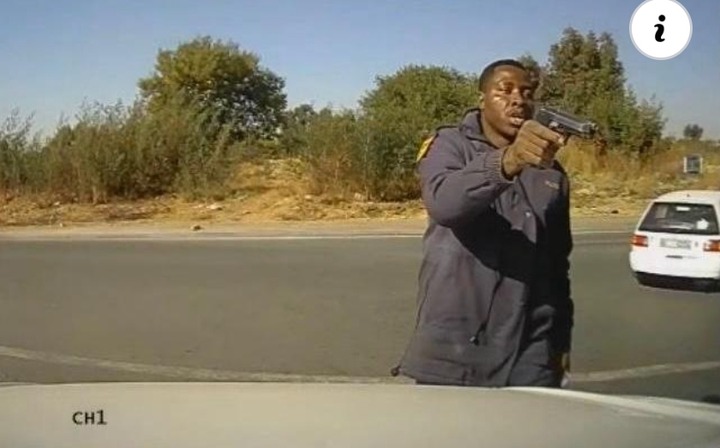 As the occupants and the driver of the vehicle get out of it one of them was seen producing a firearm and opening fire on the police officer who immediately fell on the ground and retaliated which caused all the suspect to run away from the scene. It was revealed that no one was injured during the shooting and no suspect has been arrested at this stage there for police are urging members of the public with any information that could lead to the arrest of the suspects to come forward.

Pastor gets arrested for activists murder