THE case of a prominent NFP leader, who is accused of forging a member's IEC certificate, is being investigated by the police, so that it can be removed from the list to include a woman he is allegedly dating. 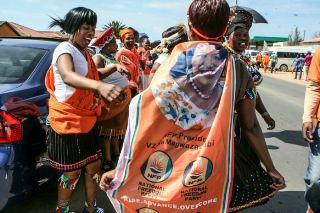 According to a source familiar with the matter, the leader tried to forge a certificate to prove that the member belonged to the EFF and the NFP removed it from the list, replacing him with another one wanted by the leader.

The woman, whose identity has been tipped off, is said to be on the list of NFP candidates for the Thukela District Municipality, and is at the top. A case was reported to Ladysmith police, who were following up on the matter and had not made any arrests. 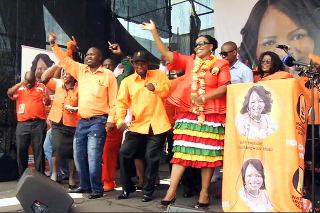 Contacted by the accused leader, he said he suspected internal party politics because he did not know what he was accused of and that a police officer had contacted him.

“I never made a certificate myself. The person who says this is a person who disagrees with me and I suspect if he gets a chance he can kill me. The police officer asked me, I explained but I will pass by and the station will be fine, '' the official said.

KwaZulu-Natal police spokeswoman Colonel Thembeka Mbele confirmed that the matter was in their hands and was being investigated. “Exactly the number you are giving us is a fraud case that was opened on October 1 by Ladysmith police. The investigation is still ongoing, '' said Colonel Mbele.

NFP general secretary Canaan Mdletshe said they were aware of the matter but did not give the police time to do their job.

“The police helped us with the investigation and saw what they were finding because if they found anything we would not hesitate to take action as a group. We urge our members and leaders to be honest at all times so as not to tarnish the party's image, '' Mdletshe said.