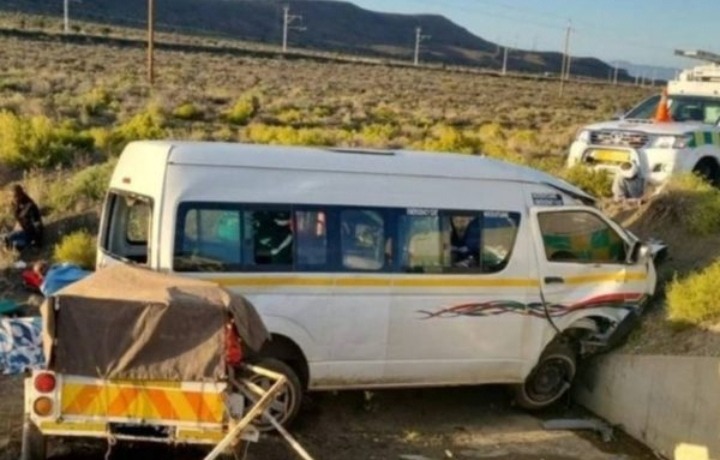 A devastating report was issued of a taxi driver in Western Cape who allegedly fell asleep while he was driving . The consequences were devastating as the minibus taxi crashed against a concrete barrier on the 1st of January 2022.The taxi did not only crash into a concrete barrier ,but it also led to six people losing their lives during the process .

The driver only allegedly woke up when they had removed him from the vehicle . The accident took place on the N1 Highway near Laingsburg . Information that ws shared by the by Simon Zwane ,from the Road Traffic Management Cooperation highlighted that six people died , while nine of them were injured and taken to hospital .

There was confirmation as well that part of those who died in the accident included a young girl .The accident did not lead to any problems to the flow of traffic .An update that was provided by SA Trucker confirmed that fatigue was the reason for the accident . SA Trucker revealed the need for theroad users to ensure that they get adequate ate resting periods. Advice was also issued that it is better to arrive later than not to make it to the intended destination .

There is always an option to ask a fellow driver to do the driving for you or to postpone the journey.Most of the road accidents come as a result of the mistakes by motorists . In the report , it was highlighted that the driver only woke up when he had been removed from the vehicle . It shows the extent to which he was exhausted or tired . He could have avoided the accident by asking for a day off in order to rest . Motorists have a big role of protecting their lives .