Teenager stabbed to death in Pretoria

By NewzLord (self media writer) | 2 months ago 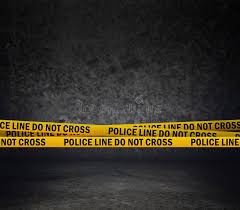 A 16 year old teenager was reportedly stabbed to death by her 22 year old man. The killing reportedly took place on Monday afternoon .According to the information that was released , it started when the sister of the suspect heard some screams . The victim was reportedly heard pleadng for forgiveness from the suspect .

When it happened , the sister of the suspect called the mother so that they could go and find out what was happening . When they got to the room , the victim had some stab wounds and was lying on the ground . The suspect was nowhere to be seen when they found the suspect lying down .

The victim was declared dead on the scene in accordance to the police report .The arrest of the suspect took place when he was handed over by the his family to the police station .

Mandatory vaccination rule is slowly but surely winning, see below

Zuma’s leave to appeal case back in court on Monda

Vaccination has been put top stop