YOU CALLED US DRUNKS - RAMAPHOSA ANGERS MANGAUNG RESIDENTS WHILE CAMPAIGNING

ANC president Cyril Ramaphosa was in the Mangaung metro on Monday where there has been some misery about neighborhood government pioneers.

Ramaphosa was in the Mangaung metro on Monday where there has been some despondency about nearby government pioneers.

Scores of individuals stood by more than over two hours around a kids' jungle gym covered with broken jugs for Ramaphosa to show up.

- FS Premier Ntombela scoffed at while crusading with ANC's Ramaphosa

At the point when he did, his house to house crusade was brief just like his discourse from the rear of a mission truck.

Certain individuals held up transcribed A4 banners requesting that Ramaphosa mediate in a debate among project workers and the common division of public works over a supposed default on an agreement.

"At the point when we need his consideration, he would not like to give us consideration. He said individuals should dislike us, so as, those individuals are smashed. In this way, I'm extremely disillusioned in my leader to say that to me as an occupant of Mangaung on the grounds that I especially needed to converse with him as my leader, and ANC president."

Ramaphosa is set to finish up his two-day Free State battle field in Welkom later on Monday. 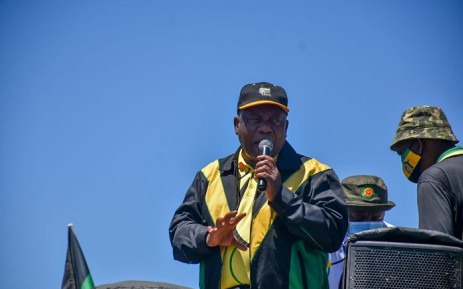