Today, another news reached us that a South African was admitted to the hospital on Sunday after complaining of a head pain which led to the swelling of his face. According to sources, the man in question got a haircut from a salon owned by a foreigner in Mankweng (next to Zone 1) last week.

The customer claimed that after receiving a dyed and treated haircut with razor blade from the foreign national, his head became itchy and he was forced to cut off all his hairs on Friday. However, he suggested that the product the salon man used on him might be the cause of his problem. Instead of being treated as a customer, he was vocally abused and pushed out of the salon. 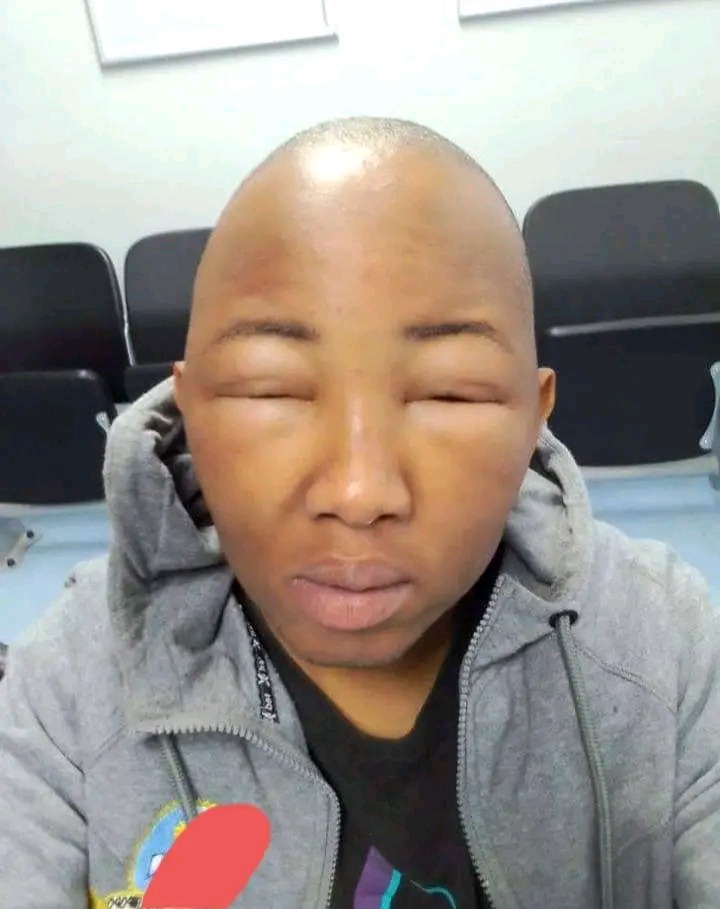 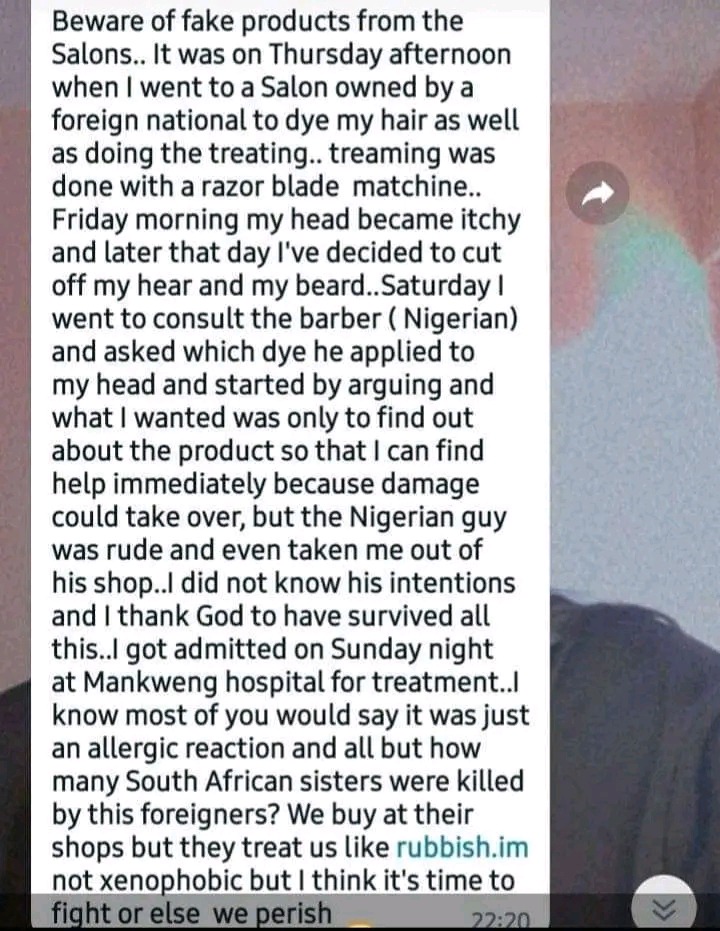 Two days after the incident, the problem became worse as his face began to swell and he was rushed to the hospital, where he was treated. The man believed that the salon man need to be arrested for using a fake product on him and abusing him as well.

It was indeed a sad news for him but how could you be sure that the foreign nationals is the problem. What if the man is allergic to the substances used in making the product. I don't really think that the salon man has to be blamed in this situation. 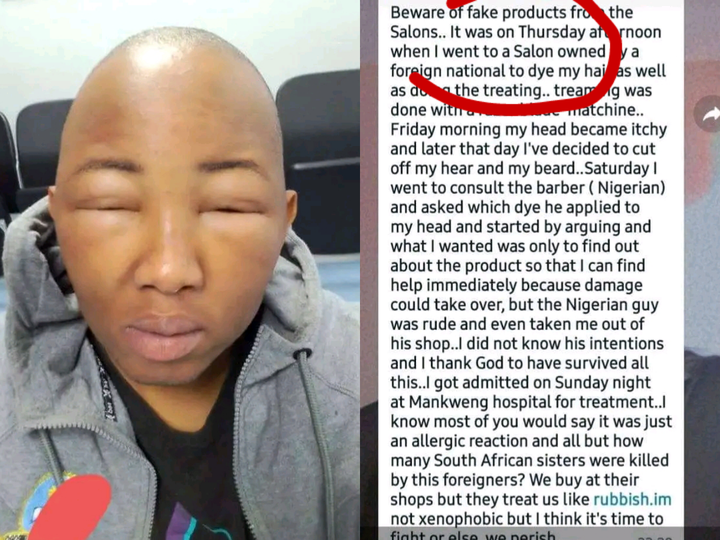 However, people on Facebook didn't waste time to pour out their opinions on the comment section. Below are the screenshots of people's reactions on the post:

@Lucky, This is baseless accusation, imagine how many salons owned by foreign nationals and how many locals do their heads there.

@Leticia, Guys we are allergic to a lot of thing in products and most of us don't even know our allergies so you can't come and say foreign nationals. Does he normally do his hair there? We thank God he got treated in time it's sad that he had such a bad reaction towards this. 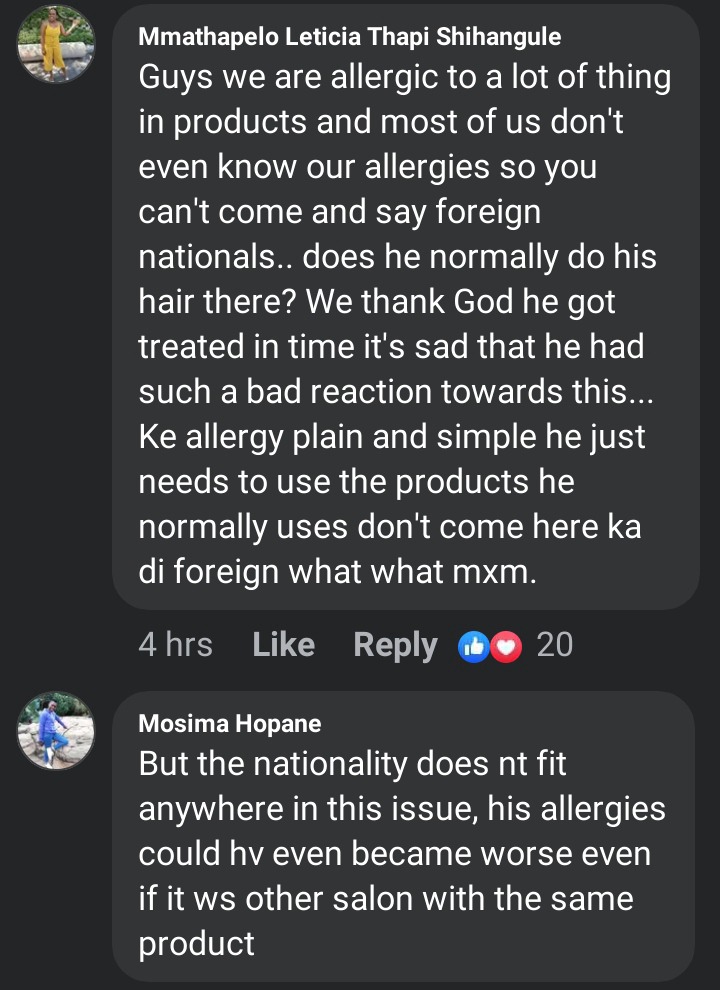 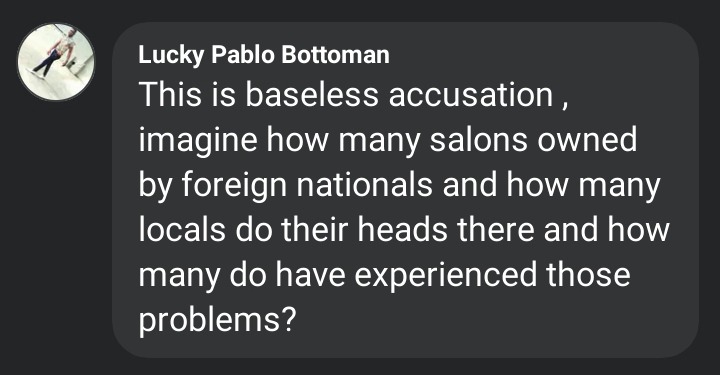 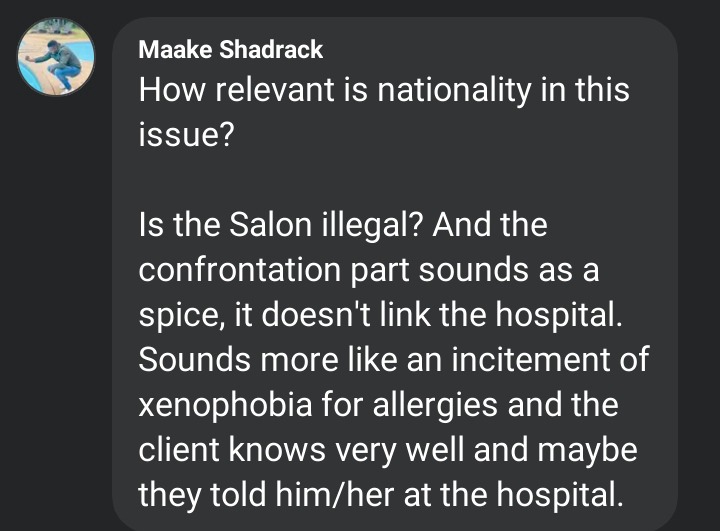