KZN has quickly risen to become one of the most despised cities in all of Mzansi. Recently, the province of KwaZulu-Natal (KZN) has been making headlines for all the wrong reasons. However, from gunshots to GBV violence, everything is on the rise. 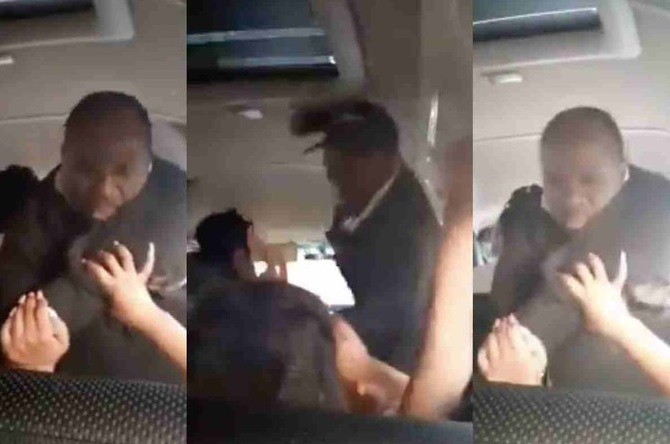 In the midst of all of this, a viral video of a KZN man beating a female passenger in a cab has gained widespread attention. Mzansi has since chimed in on the situation, which has caused widespread controversy.

Nonhlanhla Khoza, MEC for Social Development in the province of KwaZulu-Natal, has urged for the immediate arrest of a male passenger who was recorded on camera beating up a woman.

He goes on to add, "Driver, I'm going to kill the passenger in your vehicle."

It is not yet known where the video was shot, however it is believed to have been recorded in a cab while it was transporting people from Pietermaritzburg to Durban at the time of the incident.

Khoza described the video footage given by witnesses as "heartbreaking."

“It makes no difference what may have prompted the man to act in such a terrible manner against the defenceless woman. His acts are completely unjustified. According to her, "this tragic incident demonstrates that we have guys who are naturally aggressive against women."

She stated that, while they would make every effort to locate the victim and ensure she receives appropriate care following her assault, they also encourage her to come forward so she may receive psychosocial support.

“This issue cannot be allowed to pass unchecked. Women's abuse, rape, and murder happens on a regular basis, and we as a community must band together to isolate those who perpetrate such brutality against women and children,” Khoza added.

They should be commended for bringing the issue to the notice of the authorities through video recording.

In the case of that individual, who exhibited high levels of hooliganism, it would be gratifying to see the police set an example.

She, on the other hand, asked the leaders of the South African National Taxi Council to collaborate with the police in order to bring the man to justice.

“In order to maintain its reputation and business, the taxi industry must rid itself of such individuals. The government signed a memorandum of understanding with Santaco only for the purpose of putting a stop to similar events in the transportation business and society at large,” Khoza explained.

Sifiso Ntshangase, the chairman of Santaco in KwaZulu-Natal, said the company strongly denounced the violence and the attack on defenceless women.

“We would encourage the passenger who was assaulted to report the incident to the police and file a report so that the assailant can be apprehended and disciplined. We also encourage our drivers and other passengers to constantly help to defuse tense situations rather than simply standing by and watching.”

Ntshangase stated that they are still attempting to determine the precise location of the event so that they can determine how they can assist further.