Helena Asante, from Kyebi in Odumase, married Kofi Antwi and gave birth to four children. The woman claims that because her husband did not support her and their children, she obtained a loan, worked hard with it, and cared for her children without her husband's assistance.

Helena reported that about 8 years ago, when her first kid, now 30 years old, was in his final year of Senior High School, he became unwell and was admitted to the hospital for treatment, but he began behaving strangely, and he eventually developed mental illness. 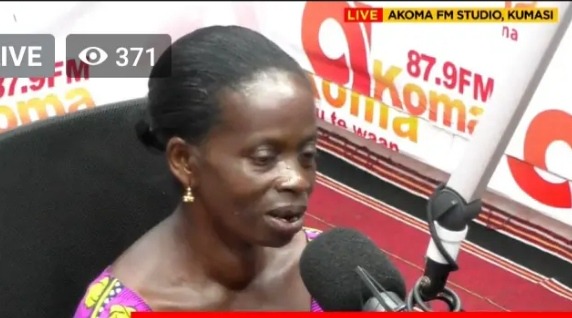 Five months later, her second child, who was also in her final year of Junior High School, began shouting loudly in class and acting strangely.

Her daughter, like her elder brother, was also brought back home and taken to the hospital for treatment. The third child, also 24, suffered from the same illness. Helena stated that she became aware that all three of her children were suffering from mental problems. Her husband then sent them to a prayer camp in Koforidua, where they stayed for four years but the children could not recover from their ailment.

Helena confessed that her husband had taken all of his stuff and fled the house because of the children's condition. The widow went to dwell with another pastor in Odumase for years, but her three children were still not healed. According to the mother, her brother and daughter are now working to support her while she is remaining at the prayer camp with the children.

She admitted once more that she has been saddened by her three children's mental illnesses over the past eight years. Her brother, who has been there for her, has expressed his frustration with what they are going through. Helena stated once more that her lone daughter, who is in good health, used to support her but that it is insufficient for all three children.