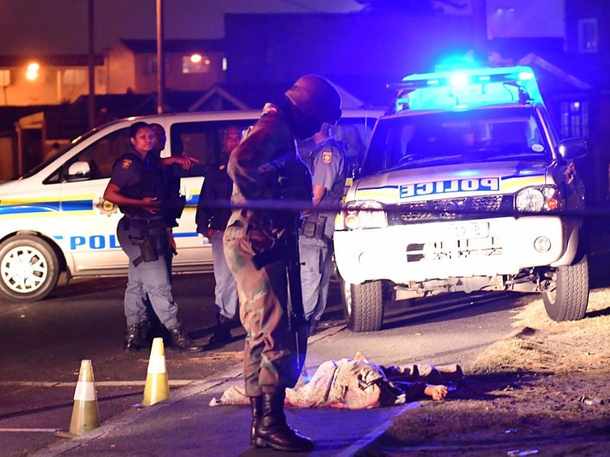 Police officers in South Africa seem to be facing the same risks as the majority of citizens especially when it comes to attacks an from criminals.

This has led to many concluding that no one is safe from the dangerous criminals who live amongst us in our societies.

In an incident that happened in the KwaZulu-Natal Province on the 1st of December 2021, a gang of robbers descended on a victim at about 04:30 in the morning as he was traveling in a vehicle.

According to a media statement from SAPS, the complainant was held by the group and they were heavily armed at KwaMnyathi.

They proceeded to rob the victim 65 litres of petrol, 65 litres of oil and six chain saws as they held him at gunpoint.

As the robbers drove off after dumping the victim, an alarm was raised to the police and they were informed of the robbery that had just taken place.

They were further informed that the suspects had fled from the scene and heading towards Draaifontein.

Two female police officers from the Hlobane police station responded to the alarm that was raised. They went on to intercept the suspects vehicle as they blocked the route the suspects were using.

Upon spotting the suspects vehicle, the members pulled them over.

A gang of five suspects got out of the vehicle armed and ready to challenge the police officers.

They went to the two female officers and began robbing them at gunpoint. Both officers where robbed off their service firearms and the suspects drove off.

Cases of robbery were opened for investigation at Hlobane SAPS. The members followed up on information they had gathered and on the 12th of March 2021, members from Vryheid received valuable information on the suspects.

The Provincial Organised Crime Unit followed up on the information and managed to hunt down the suspects who had fled to the Gauteng Province.They were eventually apprehended in Gauteng. 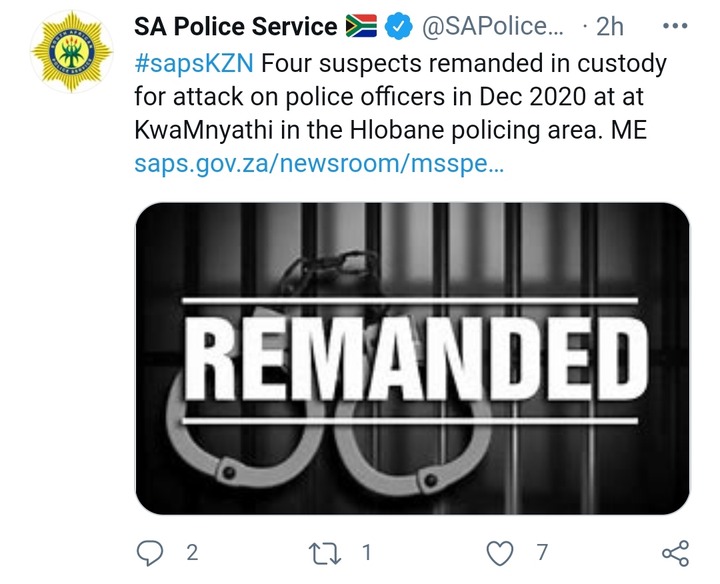 It was established that the suspects are gang members who are known for terrorising people in the KwaZulu-Natal Province and they made an appearance in court today.

They were however remanded in police custody and the members are still hunting down for the fifth suspect who participated in the robbery.

Many questions had been asked on why the suspects who carry out robberies seem to have the same guns as those used in the police and military.

This latest case seems to offer some of the answers as the arrested suspects had no good intentions to use the guns they had stolen from the police officers.

It was not stated in the media statement whether if the police have recovered the stolen service firearms.

Lady Caught With 100 Million Worth of Cocaine