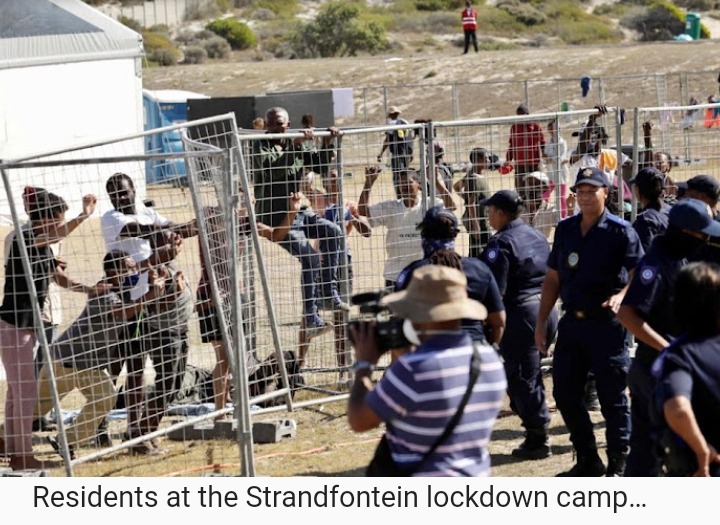 The Special Investigating Unit reportedly made a declaration that R42-million that was spent towards renting a camp for the homeless as being irregular. In accordance with the report on TimesLive News, when the declaration of the Covid-19 was made in 2020 , the City of Cape Town made a decision to relocate 1600 people .

Even though it reportedly opened on the 31st of March, it did not take long for the camp to be shut down after it was condemned by human rights organizations. It reportedly operated for two months only as it was alleged to have been condemned for its conditions. Brett Herron , who was one of the critics reportedly complained to the Special Investigating Unit.

It was reported that he complained to the unit regarding investigations into irregular contacts that had been procurred to the tune of R52-million. It was alleged in the report that Downings Marquee Renting became the institution that made the biggest earnings.This was due to the fact that a contact more than R42-million was made.In the report , it was alleged that Somerset west was contracted with the role of providing toilets and tents. In accordance with the Special Investigating Unit's report that was issued , the procurement process that was followed by the City of Cape Town in contracting services from Downings was irregular.

It was alleged that the City of Cape Town failed to conduct proper procedures and just accepted the quote from Downings. The recommendation that was reportedly put forward was for the contract to be set aside .The unit wants action to be carried out and for the funds to be recovered as Downings gained significantly. It is great to note that the unit is doing a great job in unmasking the irregular expenditures around the funds that were supposed to assist members of the public.